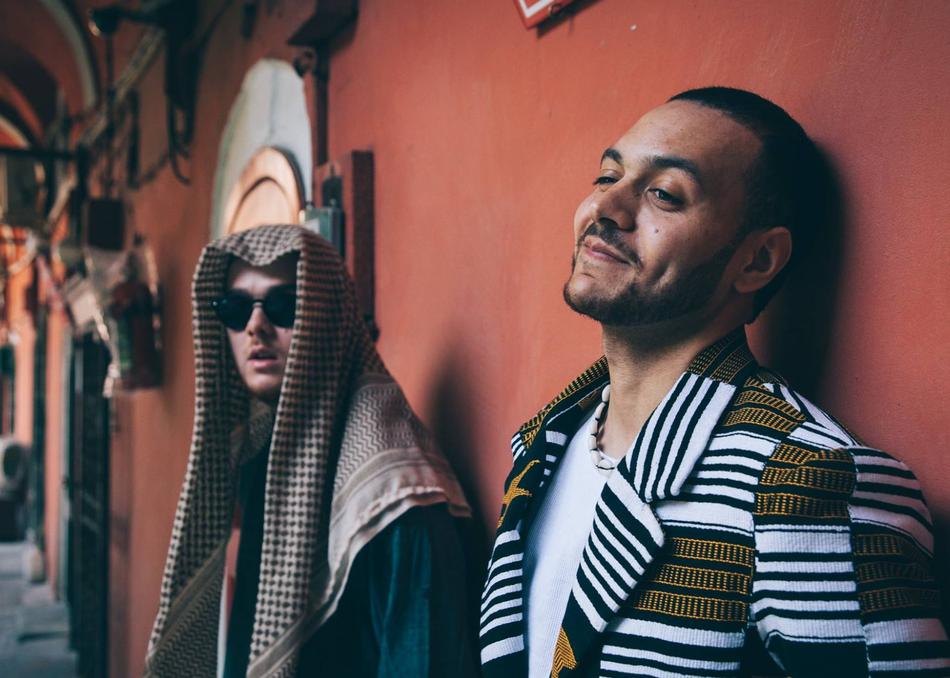 Yussef Kamaal are shaped by the sound of London.

Growing up in the capital, they frame jazz within the bass-saturated, pirate radio broadcasts of the UK capital. The pair, made up of Yussef Dayes and Kamaal Williams (aka Henry Wu), have had little in the way of formal training. Instead, their musical tastes – and approach to playing – are indebted to Thelonious Monkʼs piano as much as the drum programming of Kaidi Tatham.

Both hail from South East London, crossing paths in 2007 as teenagers playing their first pub gigs around Peckham and Camberwell. Dayes drums for cosmically-inclined, jazz afrobeat outfit United Vibrations (also at SXSW), while Williams – on top of drumming and playing keys in different incarnations over the years – has made waves with his solo, synth-draped house 12″s for much-fêted labels like 22a and Rhythm Section.

Born out of a one-off live session to perform Williamsʼ solo material for Boiler Room, it soon became a project in its own right. From rehearsing for that first show, it was clear to both that there was the possibility to do much more with the unspoken, telepathic grooves that unfolded. “Itʼs all about the drums and the keys,” Williams says. “Thatʼs where it all originates from: the chords, the rhythm of the

chords and the drums.”

Coming together as Yussef Kamaal, they played a series of live shows where little more than a chord progression would be planned before taking to the stage. For the pair, the sound of the capital – with its hum of jungle, grime and broken beat – has shaped a self-taught, UK-tipped approach to playing jazz. Moving in the same circles but never playing together previously, rhythm underpins an innate musical understanding.

Drawing influence from all corners of Londonʼs shapeshifting musical make-up, their hotly anticipated debut album was reeased on Brownswood Recordings November 4th 2016. Titled Black Focus, its sound is distilled – or focused – down to the core interlock between drums and keys.

Yussef Kamaal's journey has been exceptional. Officially creating the band as a result of a Boiler room session as the Henry Wu Trio in May 2015, Yussef and Kamaal were given their first performance opportunity at Jazz re:freshed's annual festival, JAZZ RE:FEST 2015. As a result of their performance at JAZZ RE:FEST, Yussef Kamaal received bookings to perform in Belgium, at Ronnie Scotts, at

London's Jazz Cafe and at Giles Peterson's worldwide awards. Once Giles Peterson (previously of Acid Jazz and Talking Loud Records) saw their performance at his worldwide awards he signed Yussef Kamaal to his record label Brownwood Recordings and wasted no time in getting the group in the studio to record their debut album launching in November 2016.