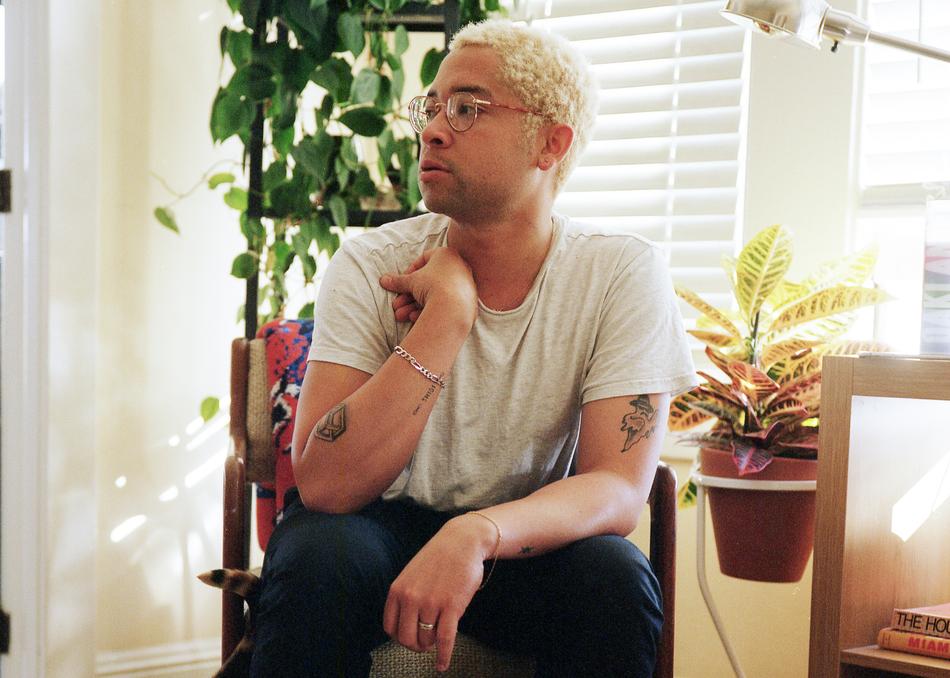 Russell Butler is an experimental artist and DJ based in Oakland, California. Originally from Bermuda, Russell has developed a process of improvisation that draws from a rich cultural of history rooted in their island and the black, queer diaspora.

For the past few years they have been making a brand of stripped down machine techno that has evolved rapidly with each successive release. Transplantation, evolution, and healing are themes in Russell’s music. They based their 2015 album, “God is Change”, on Octavia Butler’s Parable series of novels, in which these are central tenets of the philosophy that the books explore. Since its release “God is Change” has received major acclaim, with NPR naming it one of their top 10 favorite electronic albums of 2015. In 2016, Russell released Visions of the Future on Jacktone Records, which is a collection of improvised modular synthesizer sessions. A month later, Russell’s follow up to “God is Change”, “The First Step”, was released on Black Opal. “The First Step” is dedicated to the “…black, brown, trans, queer, and gay folks of Oakland” and posits that “…sometimes to resist oppression, all we must do is simply exist. That is the first step. Let us strive to walk without fear.”

Russell's newest record, I'm Dropping Out of Life is set for release on January 30th via CGI Records.