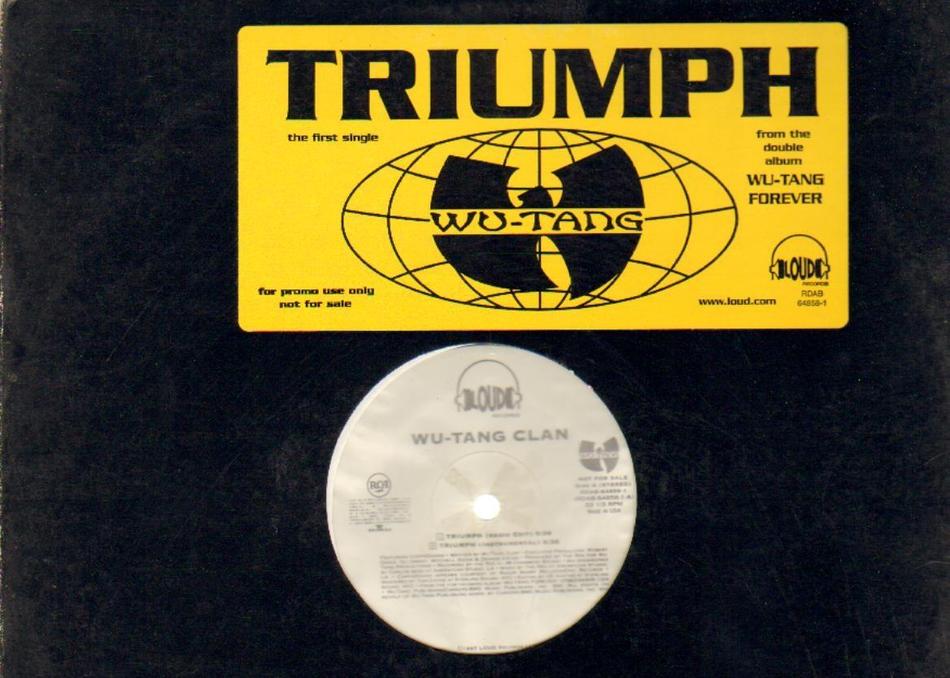 The Wu-Tang Clan established a hip-hop empire with street poetics, kung fu mythology, ingenious production and entrepreneurial savvy. The outfit's rugged beats and top-notch MCing have taken the two-turntables-and-a-mike foundation of hip-hop to its grimiest, and arguably most artistic extreme.

Emerging in 1993, when Dr. Dre's G-funk had overtaken the hip-hop world, the Staten Island, NY-based Wu-Tang Clan proved to be the most revolutionary rap group of the mid-'90s - and only partially because of their music. Turning the standard concept of a hip-hop crew inside out, the Wu-Tang Clan were assembled as a loose congregation of nine MCs, almost as a support group. Instead of releasing one album after another, the Clan was designed to overtake the record industry in as profitable a fashion as possible - the idea was to establish the Wu-Tang as a force with their debut album and then spin off into as many side projects as possible. In the process, the members would all become individual stars as well as receive individual royalty checks.

The first Wu-Tang Clan single, the hard-hitting Protect Ya Neck, appeared on their own independent label and became an underground hit. Soon, the record labels were offering them lucrative contracts. The group held out until they landed a deal that would allow each member to record solo albums for whatever label they chose - in essence, each rapper was a free agent. Loud/RCA agreed to the deal, and the band's debut album, Enter the Wu-Tang (36 Chambers), appeared in November of 1993. Enter the Wu-Tang (36 Chambers) was both critically acclaimed and commercially successful; although its financial success wasn't immediate, it was the result of a slow build. C.R.E.A.M., released in early 1994, was the single that put them over the top and won them a devoted following. The group wasted no time in pursuing other projects, as a total of five of the members - Genius, RZA, Raekwon, Method Man, and Ol' Dirty Bastard - landed solo contracts as a result of the success of C.R.E.A.M. RZA was the first to re-enter the studio, this time as a member of the Gravediggaz, a group he founded; in addition to RZA, who was rechristened RZArecta, the group included De La Soul producer Prince Paul, Stetsasonic's Frukwan, and Brothers Grimm's Poetic. The Gravediggaz's album 6 Feet Deep appeared in August 1994; it eventually would go gold. Labeled "horrorcore" by the group, it was an ultra-violent but comical tour de force that demonstrated RZA's production prowess.

Later in 1995, the two most critically acclaimed Wu-Tang records appeared: Raekwon's Only Built 4 Cuban Linx and Genius/GZA's Liquid Swords. Raekwon released his album on Loud/RCA in August 1995; the record featured extensive contributions - a total of 12 songs - from Ghostface Killah, his greatest exposure yet. Genius' second solo album was released by Geffen Records in November 1995. In February of 1996, Ghostface Killah's first solo track, Winter Warz, appeared on the Don't Be a Menace to South Central While You're Drinking Your Juice in the Hood soundtrack. Later that October, he released his own solo debut, the critically acclaimed, '70s soul-flavored Ironman; the record was the first released on RZA's new Epic subsidiary, Razor Sharp Records.

The Wu-Tang Clan finally reconvened with their second album, the double-CD Wu-Tang Forever, in June of 1997. Hugely anticipated, the album entered the charts at number one - selling over 600,000 copies in its first week alone - and quickly spawned the hit single Triumph. There were several contributions from guest associate Cappadonna, who'd appeared on Only Built 4 Cuban Linx and Ironman. The group toured extensively in support of the album.