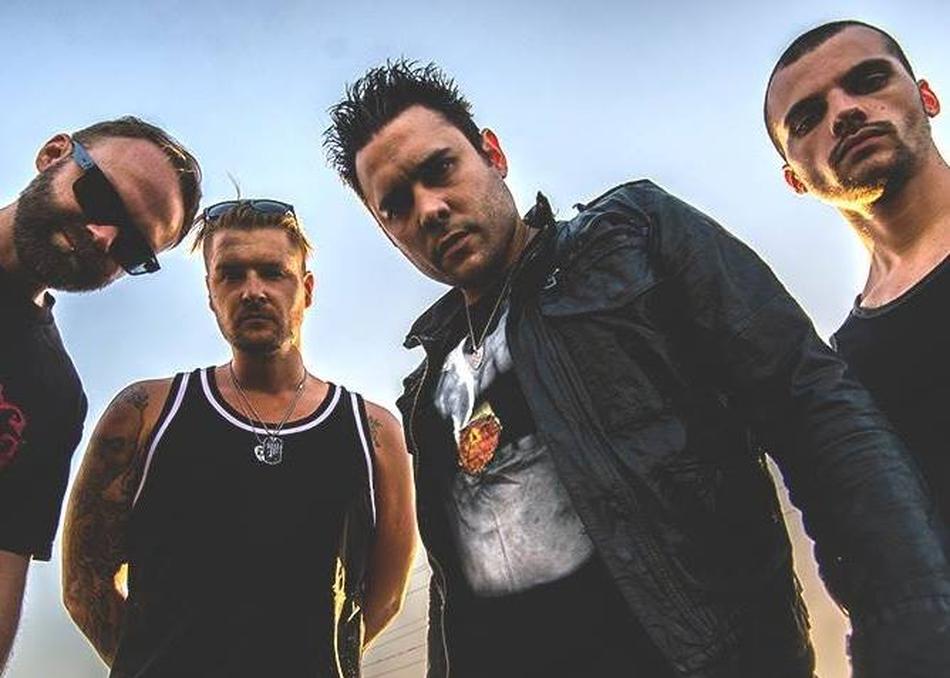 Holing up in a Burbank, California studio, Trapt began to prolifically crank out songs for their 5th album "Reborn." The record's first single "Bring It" served as the catalyst, sparking a veritable flurry of creativity. Fusing together propulsive guitars and an unforgettable upbeat refrain, it's an anthem on par with the band's biggest hits. You could easily hear this piping through an arena with a rallying power. It also has a special significance for TRAPT's singer Chris Taylor Brown, functioning as something of a call-to-arms. "The song is for anyone who has doubters or haters in their lives. You have to rise up to any challenge those naysayers present. I hope this pumps everyone up to chase their goals without worrying what others think."

On the other end of the spectrum, there's the rousing exploration of a toxic affair in "Love Hate Relationship" and the stark confessional string driven ballad "Too Close", which as Brown puts it, "is about people going after what they can't have. We always want that the most."

Expanding their patented hard rock sound, the group also seamlessly incorporated flourishes of electronic music to punctuate the drama and energy. Drawing from an ever expanding pallet of electronic and organic sounds and instruments, Brown embraced another side of himself and imbued it into Reborn.

"We added a whole bunch of textures with new electronic synths and effects, a lot which we'd never played around with before," the frontman goes on. "We also really used new sounds and textures on the organic side of things using delays, reverbs, and a bunch of other techniques we have learned over the years or have heard in our influences that we had yet to experiment with" Brown adds. Lyrically, CTB draws upon his life experience and basically sums up the last few years of his life. "There is so much to be thankful when I think about TRAPT and what we have accomplished over the years, but there are also many struggles that we have had to endure and break out of, this record reflects a lot on those struggles and what we have to do to overcome them."

Trapt have worked for well over a decade to reach this point. Their 2002 self-titled debut surpassed sales of 2 million units, and its lead-off single "Headstrong" was ranked the #1 alternative song and #8 rock song by Billboard. They were a featured act on Rock Band and Tap Tap Revenge 2, and they also fueled countless WWE specials. In addition, they've shared the stage with heavy hitters such as Mötley Crüe, Nickelback, Hinder, Chevelle, and many more. Most recently, No Apologies entered the Billboard Top 200 at number 25 in 2010.

Still, Reborn is the next level for Trapt. Brown concludes, "Everything is new again. It's an incredible feeling. Our fans have stuck with us since the beginning, and we really made a record for them. If the music makes them feel empowered and ready to take on their challenges, then we've done something right. I hope it inspires confidence and pushes them to stand up against fear or judgment. We're proof that you should never give up."

Trapt is currently in the studio recording their 6th album DNA and have released a song from the album called "Passenger" that embodies the more progressive side of TRAPT's brand of hard rock as an intro to what fans can expect from the album. The band is also gearing for their summer tour dubbed the "Life In Your Own Hands" Tour. The new album DNA is shaping up to be a landmark album for TRAPT. It surpasses anything the band has done before and subsequent singles will show the true power that this band possesses. Get ready for DNA, it's going to change everything.

For press inquiries and additional information, please contact Adrenaline PR and Maria Ferrero at 732-462-4262 or maria@adrenalinepr.com.