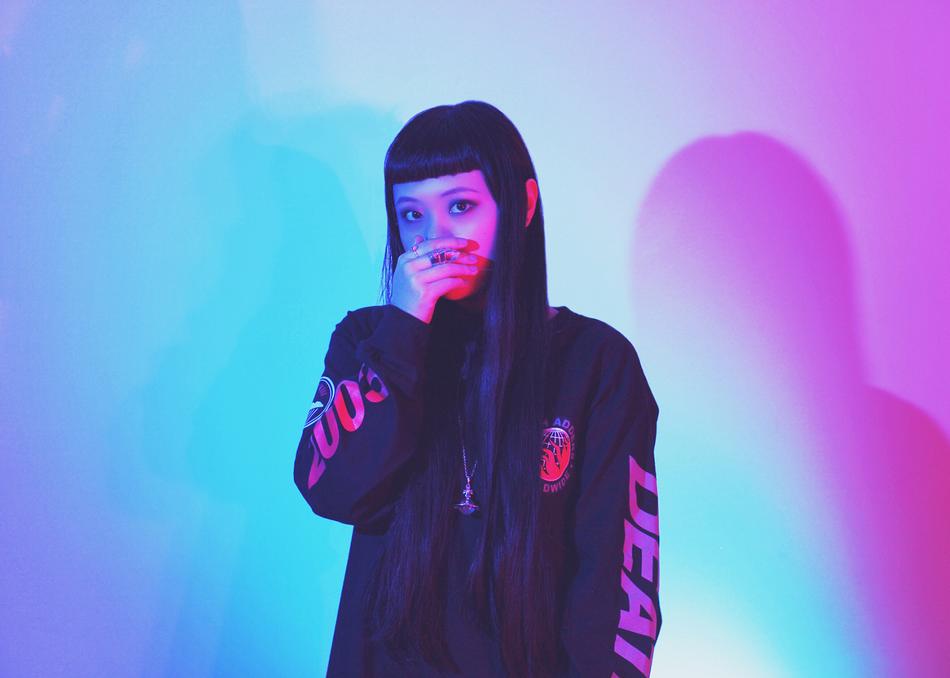 While critics may struggle to define PASTEL GHOST’s music with tidy descriptors like witch-rave or blog-house, it’s evident that PASTEL GHOST is creating sounds that take flight beyond any genre boundaries. On her debut album ABYSS, the Brooklyn-based artist laces elements of dream-pop, post-punk, and electronica to create sounds that can only be described as otherworldly. Ethereal vocals glide over chilly synth hooks and thumping drum beats, creating tracks so infectious, they can lure even the most brooding shoegazers onto the dance floor.

Written, produced, and recorded in her bedroom, ABYSS shows PASTEL GHOST finding strength in her own loneliness by embracing the pangs of unrequited love. Penned in vignettes of sparse poetry, her lyrics reveal the vulnerability hiding underneath the music’s gothic exterior. “[The songs] are about loneliness and longing, wanting an ideal or person that you can’t really have. It’s about feeling isolated,” says PASTEL GHOST.

But for all the despairing lyrics that make up ABYSS, the album is far from a gloomy affair; Bullett Media described the record by saying, “That sense of alternating isolation and expansiveness is evident, as the tracks move from compressed and claustrophobic, to sun-kissed and celestial.” While keeping the foundation of what made 2013’s Dark Beach EP so popular among music blogs, ABYSS marks a huge leap in artistry for PASTEL GHOST. By tying her love of hazy, anime visuals to her sound, her songs have an instant cinematic feel to them — each track evokes dreamy imagery that is a significant component to PASTEL GHOST.

PASTEL GHOST is currently working on her 2nd full-length album slated for release in 2017.