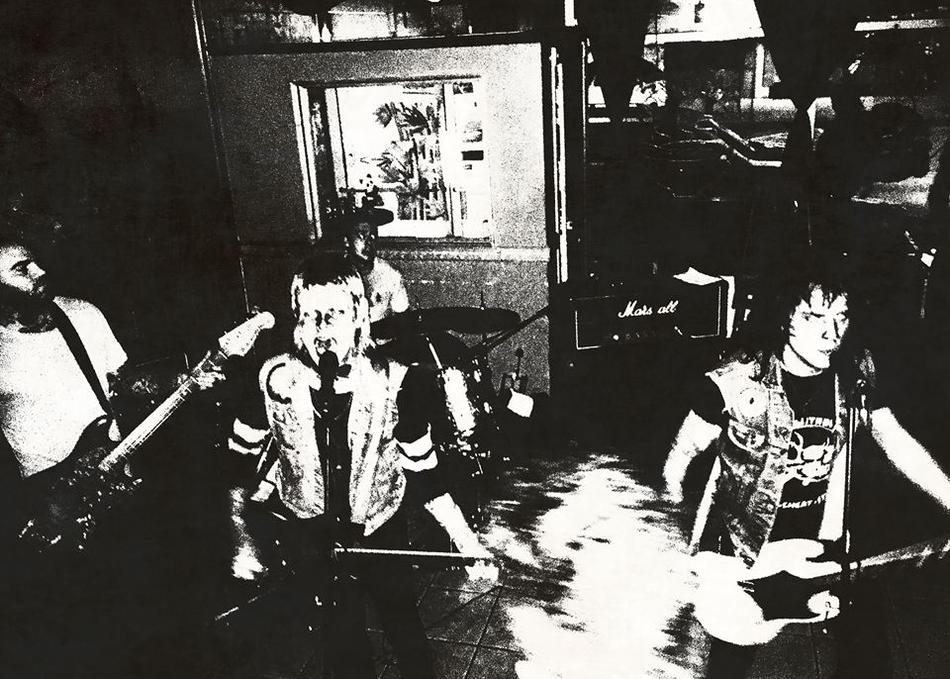 “RMBLR”(pronounced “Rambler”) banded together July 4, 2016 by four mercenaries active as the “Filthy Few”, who were the touring line up for widely known, proto-punk sensations, Dinos Boys at the time. The mighty reign of RMBLR stretches down the east coast, with half of the band belonging to the boroughs of Baltimore and the other half making mischief in backstreets of Atlanta. A reputation precedes the members as a “Rabid Rock and Roll band that foams at the mouth with the snotty sounds of 70’s punk, snarling “buzz saw” blues riffs and a spit of hard glam, stadium stompin’ hooligan chants.” - (Jesus Christ) Direct descendants of Chuck Berry. Sons of The Saints and Cousins to Coloured Balls of Australia. Kin to The Kids of Belgian. Ramblers and Rumblers. Madmen and Muck Runners. Veterans and active soldiers serving a lifetime duty in the name of punk and rock and roll.