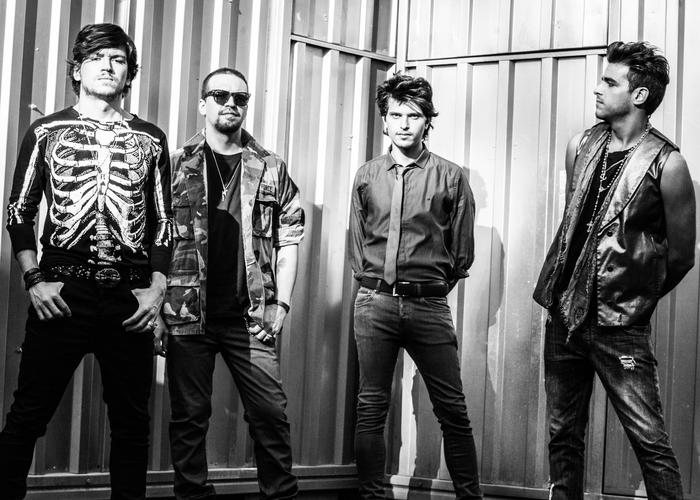 Tempo Plastico is a Brazilian Stoner Rock band from Belo Horizonte, formed in 2006.

In October 2015, Tempo Plastico released "IT", as the second album. Recorded in the studios Ultra Music (Belo Horizonte) and Wah Wah Studios (Sao Paulo), the record was the result of intense interaction between the four members. The album has 10 tracks, produced and engineered by Michel Kuaker, and mastered by Carl Saff.

In 2014, new members refresh their musical influences with the main objective: surrender to Music completely. Drop and heavy chords, upwards and heartfelt vocals, to the point: ROCK.

The first album was relesead in 2013, "Fazendo a Lata Velha Voar", produced by Barral Lima and mastered by Ted Jensen.

Main influences of the band are Queens of the Stone Age, Nirvana, Mutantes and Barao Vermelho.

The show at Soho Lounge on Saturday, March 19