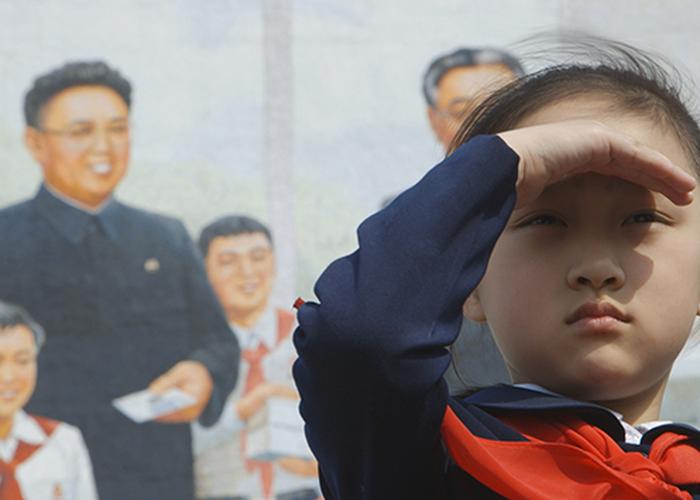 "My father says that Korea is the most beautiful country... Korea is the land of the rising sun," says eight-year-old schoolgirl Zin-mi. Despite continuous interference by government handlers, Russian director Vitaly Mansky still managed to document life in Pyongyang, North Korea in this fascinating family portrait. It's an important year for Zin-mi as she prepares to join the Korean Children's Union on the 'Day Of The Shining Star' (Kim Jong-Il's birthday). As the family receives instruction on how to be the ideal patriots, Mansky's watchful camera capture details from comrades struggling to stay awake during an official event to Zin-mi's tears at a particularly grueling dance lesson.

Born 1963 in Lvov, Ukraine, Vitaly Mansky is one of the most important contemporary Russian documentary filmmakers. A sought-after producer and cinematographer, he has shot more than 30 films, and currently serves as the president of ArtDocFest, Moscow's Documentary Film Festival. His most recent films are THE BOOK and PIPELINE.