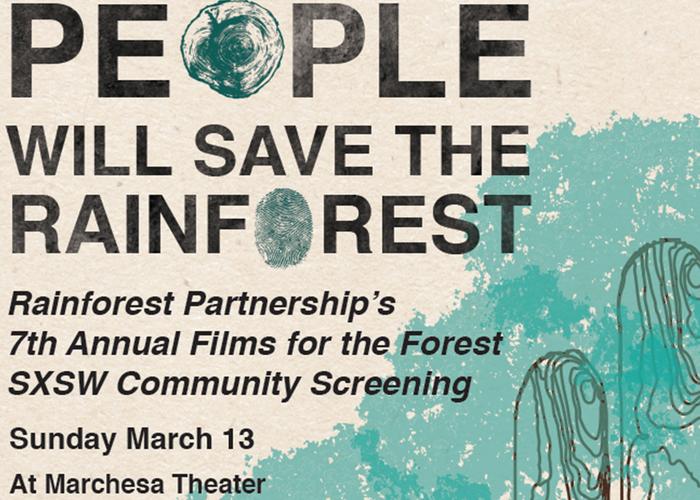 Films for the Forest (F3) is an annual international short film challenge created by Rainforest Partnership, with a goal to create awareness about the importance of tropical rainforests and threats faced by forests and their communities.
F3 has the power to inspire change through the medium of film with empathy, creativity + community engagement. F3 Official Selections are screened as part of the SXSW Film Festival Community Screenings. In 2016 F3 received a record 121 films from 32 countries.
Rainforest Partnership is an international nonprofit focused on protecting rainforests by partnering with people at global & local levels to create lasting solutions to deforestation.