A Conversation with the Cast of NBC's Undateable 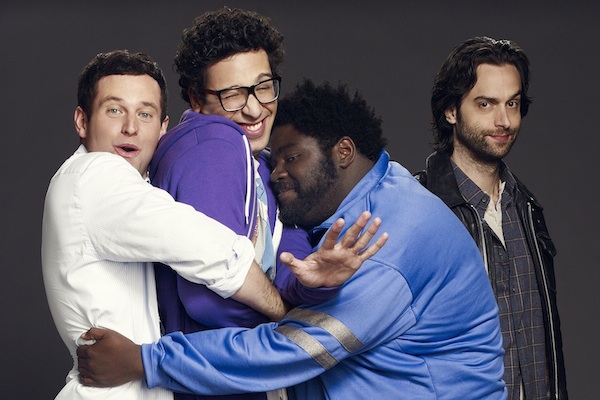 Few television comedies feature a main cast of stand-up comedians. However, for the NBC series Undateable, having standup comedians is key to the show's success.

When not in front of a packed studio audience during tape night or using social platforms to reach new fans, funnymen Chris D'Elia (@chrisdelia), Brent Morin (@brentmorin), Ron Funches (@ronfunches) and Rick Glassman (@rickglassman) stand before sold-out crowds at comedy clubs across the country. Join them as they swap tales from their comedy circuit experiences and live studio filmings. Whether on stage for standup specials and the Just for Laughs Festival, or in Variety's "Top 10 Comics to Watch," these accomplished four have a bromance that goes far beyond their on-screen roles.