"For Grace" follows Curtis Duffy on his journey toward building his dream restaurant in Chicago. Duffy was a troubled teen and only discovered his place in the kitchen after a teacher recognized his natural talent. After an unimaginable tragedy involving his parents, Duffy dove into his career and became one of the country's most renowned chefs. As development began on Grace, Duffy found himself at another point of crisis: his laser focus cost him his family. "For Grace" takes us behind the food and dives into the events and people that made Duffy who he is. It's a film about family, sacrifice, and the journey from tragedy to opening night at one of the world's most acclaimed restaurants.

For Grace is the documentary debut by Kevin Pang and Mark Helenowski. Pang is a filmmaker and James Beard Award-winning food writer for the Chicago Tribune. Helenowski, a Student Emmy recipient, is a Chicago-based filmmaker who has created commercial content for Gatorade, Nike and Virgin. 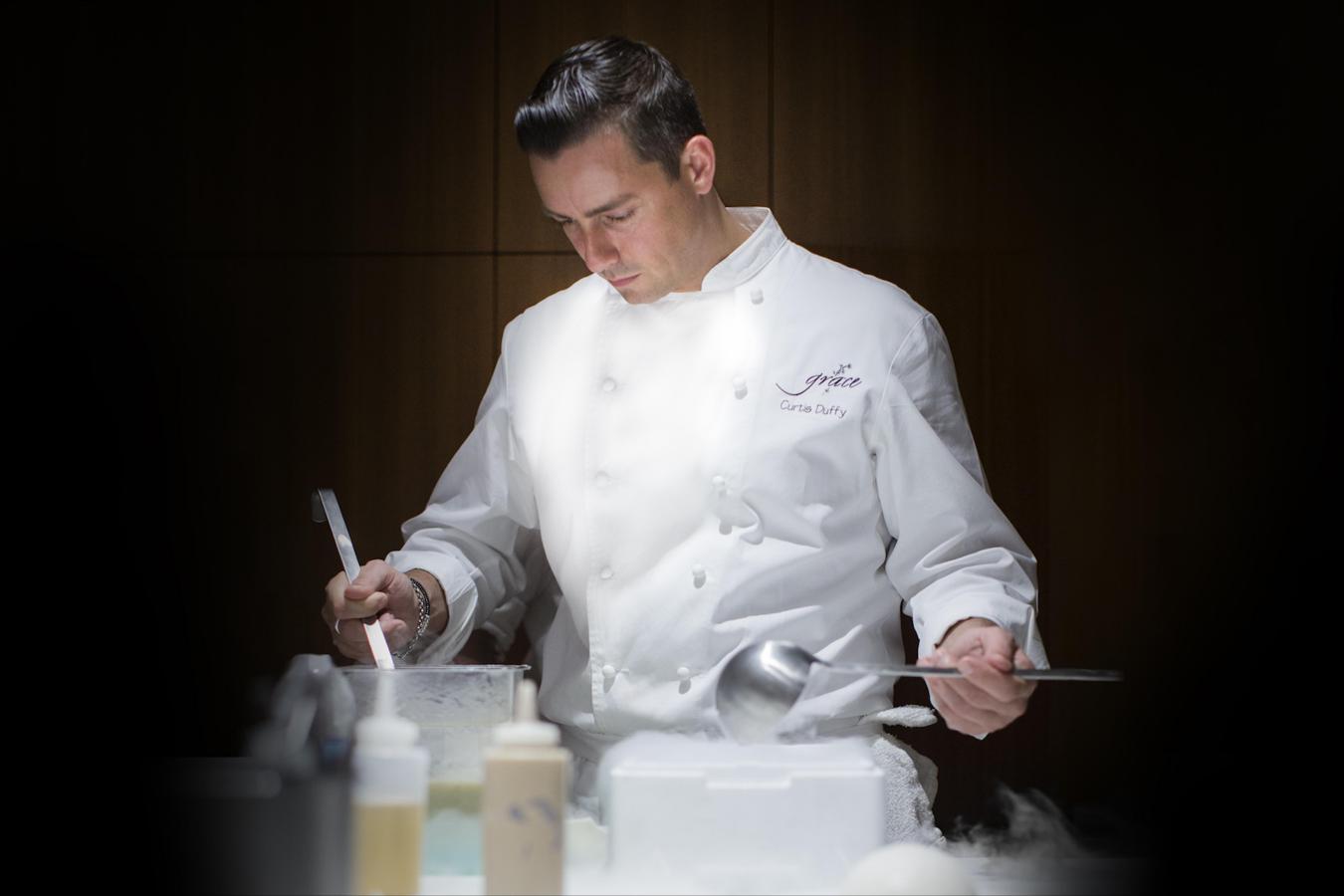