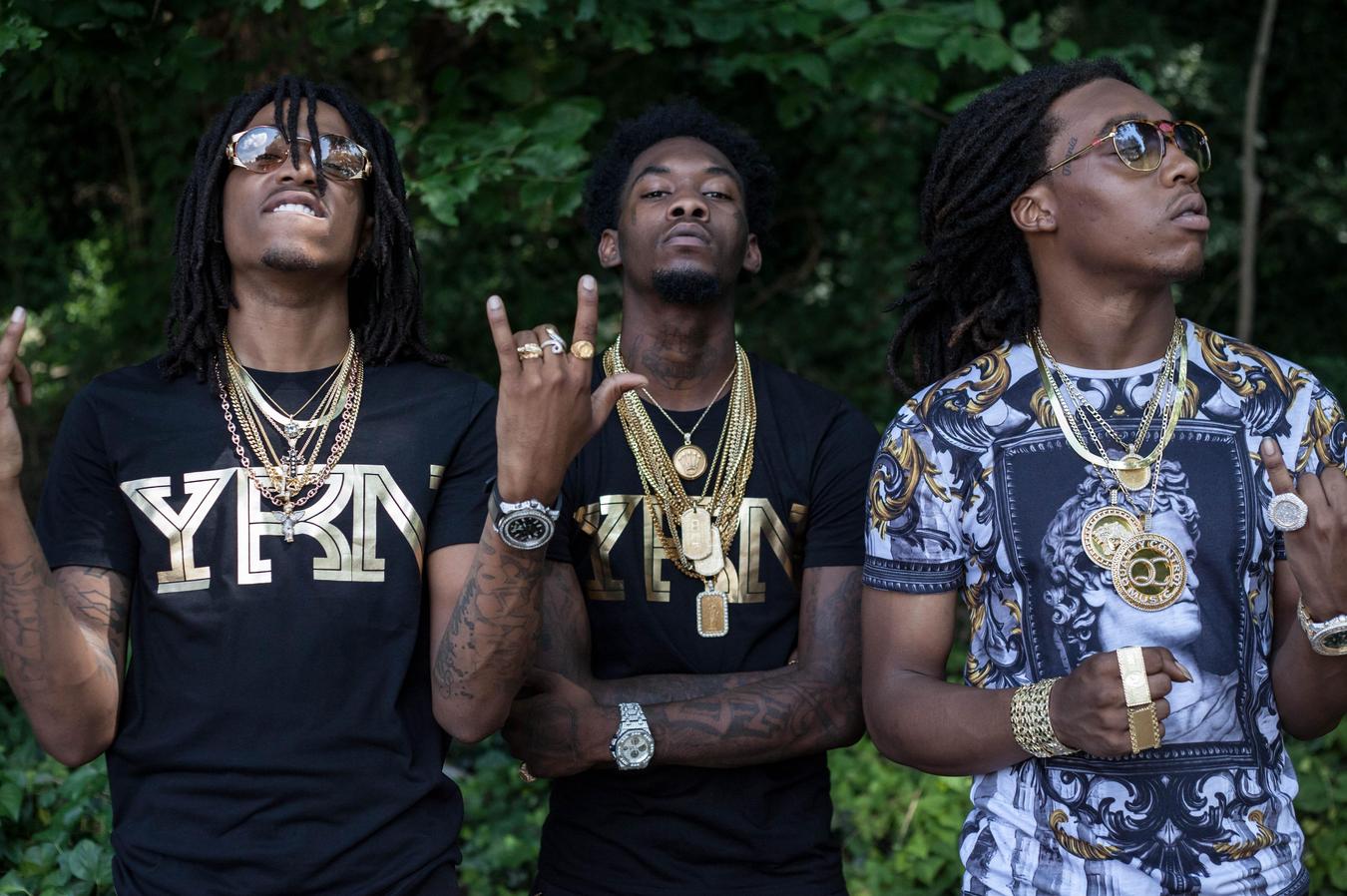 MIGOS are a rap trio from the Atlanta suburb of Gwinnett County, consisting of members Quavo, Offset, and Takeoff. In 2013, their hit song “Versace” was remixed and popularized by Drake, leading to a lengthy stay on the Billboard Hot 100, and inclusion on The Rolling Stones, XXL , and Pitchfork ’s top songs of 2013 lists.
Migo’s list of collaborations includes stars such as Justin Bieber, Young Thug, Juicy J, Jeremih, R. Kelly, and countless more. In February 2014, the group released their mixtape, No Label 2, which has received over 500K online downloads since. Their newest mixtape, Rich Ni**a Timeline, has received more than 25K downloads in under 2 days. They are currently working on their next album, set to be released in 2015.
They are currently signed to Quality Control/300 Ent.