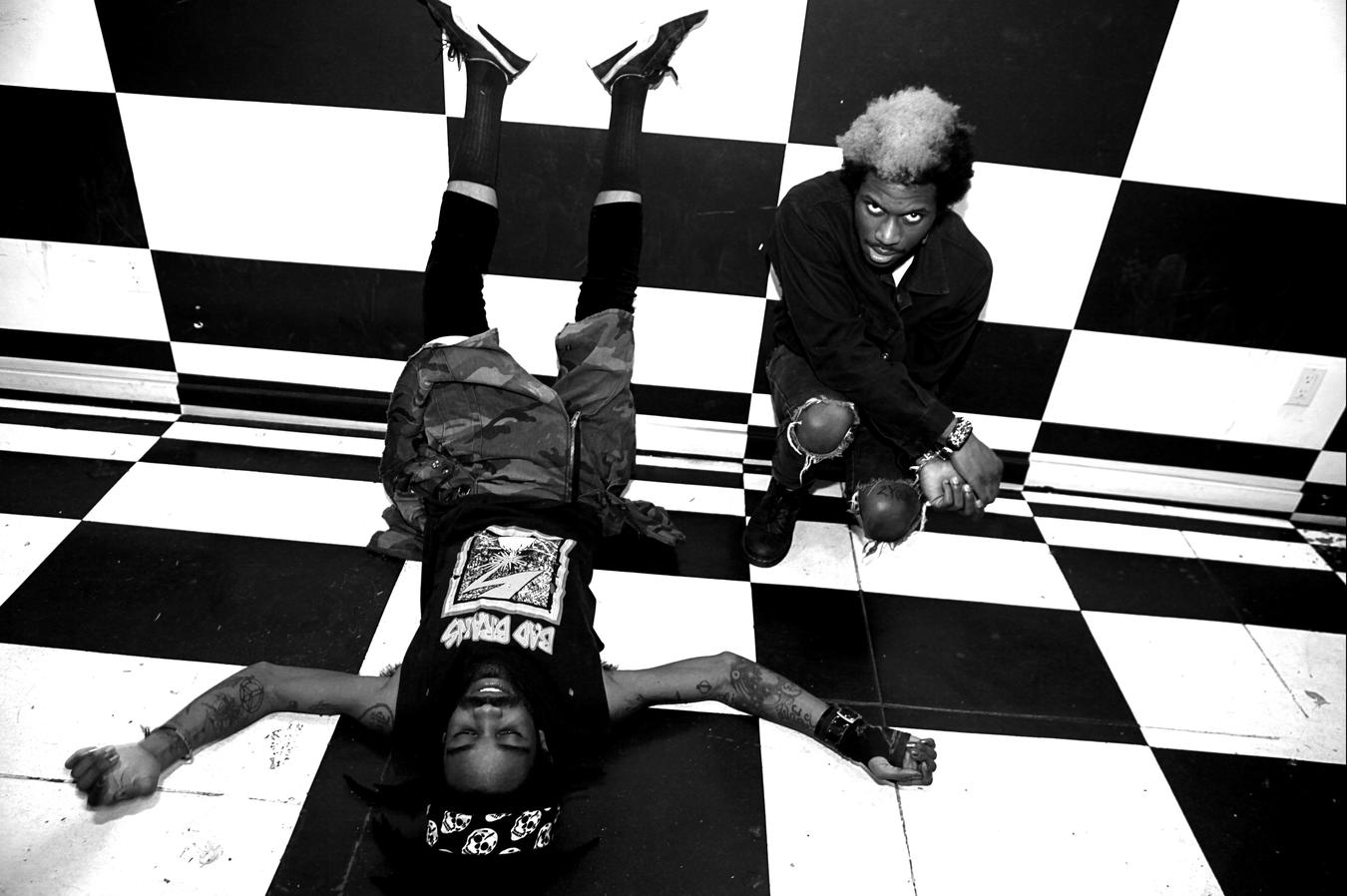 Rooted in hardcore rap, ho99o9 (horror) is an experimental duo self-described as a punk and thrash crossover. Their beats are dark, messy and intense like their rhymes--well-versed in the politically incorrect and disturbing. This includes--but is certainly not limited to--blasphemy, necrophilia, drugs, 999 revelation… the list goes on.

theOGM and Yetti999, known in real life as Jean and Eaddy, came up from the streets of New Jersey, developing an underground cult-following that demands new tracks regularly.

Ho99o9 is currently finishing up their first full length record.