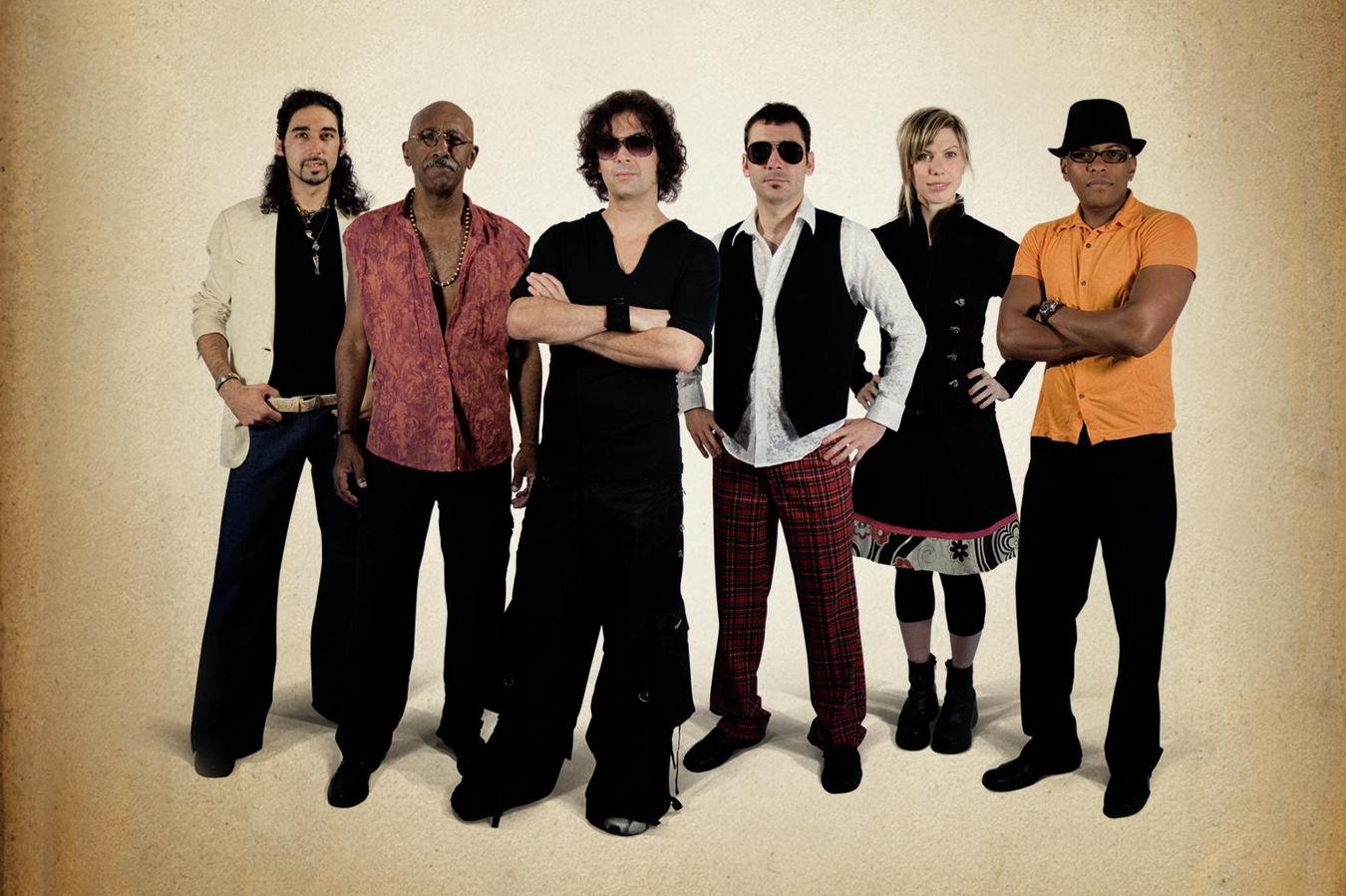 El General Paz & La Triple Frontera (GP3F) is the renowned band created by Anel Paz, integrated by musicians from Argentina, Uruguay and Brazil.
GP3F merge in their songs different rhythms, including the original folklore of South and Central America, popular Brazilian music, rock, funk, jazz, and world music.
The Afro-Latin rhythms merge with funk-rock sound, creating an original and fresh uniqueness.
GP3F was formed in late 2007, and its conformed by Anel Paz, renowned guitarist, recording engineer and producer; Brazilian Kiki Ferreira, Uruguayan Jorge Platero, and Argentinians Mayra Domine, Diego La Rosa, and Cesar La Rosa.
They have traveled several scenarios in Argentina: they have performed at Pepsi Music Festival (2008, 2009 and 2011 editions) and at Quilmes Rock 2013. In October 2008, they were opening the Brazilian legendary Gilberto Gil during the show held at Gran Rex Theatre. Simultaneously, the band relea...

GP3F together with band Diemen Noord, created and performed the Primer Festival Itinerante de World Music (First Traveling World Music Festival) in January 2010. Both bands toured the Patagonia Argentina under the Festival, with the support of the Ministry of Culture of Chubut, Neuquén and Rio Negro, and inviting local artists from all participating cities, with great ovation and applause from the crowd and press.

Also in that year they released the video clips "Errar es Inhumano" and "Black Pato", both directed by Rodrigo Espina. In April 2011 the band opened the Dominic Miller’s (Sting) show in Argentina.
During 2013 GP3F premiered its video clips trilogy, directed by Rodrigo Espina, in advance of his upcoming album. "Alegría" was released during the month of April, "Luces de Cristal" was released in August and in November they lunched "Surferos del Alma (por el mar)". Those videos were filmed at natural locations, including the Tigre Delta, Argentina's coast and the coast of Brazil. The clip "Surferos del alma" involves a great reference of Brazilian surf: the Captain David with his Surf School.
GP3F’s videos have been charted among the Top 10 in the music TV channels of Argentina, being chosen by the audience, and recommended by the music TV station.

In December 2013, after two years of production of the new material, GP3F released "Maravillas", her second studio album, where the band boosts its unique style of fusion with its own identity, launched by Geiser Discos and distributed by Sony Music.

The show at Russian House on Friday, March 20