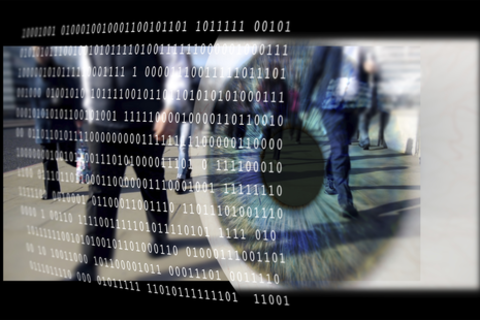 It has been more than a year since Edward Snowden exposed the inner workings of the NSA, setting off an intense national debate about the proper balance between security and privacy. There have been a number of reforms over the past year, including some changes directed by the President, a variety of court decisions – including a recent Supreme Court decision increasing mobile phone privacy, and a number of bills put forward in Congress – the fate of which remains uncertain. But for all the buzz, how much has actually changed? Have we gone too far in our attempts at reform, not far enough, or have we somehow gotten it just right? To explore these questions, the Strauss Center at the University of Texas will host a SXSW Interactive session featuring debate and dialogue between two experts in this area: Professor Bobby Chesney of UT’s Strauss Center, and Hanni Fakhoury of the Electronic Frontier Foundation.

Hanni Fakhoury focuses on criminal law, privacy, and free speech litigation and advocacy. He was part of the defense team that reversed Andrew “Weev” Auernheimer’s Computer Fraud and Abuse Act conviction, has argued before the 5th Circuit Court of Appeals on the constitutionality of warrantless cell tracking, and serves as co-counsel in a 1st Amendment challenge to CA’s Prop 35 in federal court. He’s written numerous amicus briefs in state and federal courts on warrantless police surveillance and cybercrime, and his writings have been published in the New York Times, Wired, Slate and JURIST. Hanni has testified before the California state legislature on proposed electronic privacy legislation. He previously worked as a federal public defender in San Diego where he tried many jury and bench trials and argued and won multiple times before the 9th Circuit Court of Appeals. He graduated from UC Berkeley and received his law degree with distinction from Pacific McGeorge School of Law.

Bobby Chesney is the Director of the Robert S. Strauss Center for International Security and Law, the Charles I. Francis Professor in Law at the University of Texas School of Law, and a Nonresident...

Bobby Chesney is the Director of the Robert S. Strauss Center for International Security and Law, the Charles I. Francis Professor in Law at the University of Texas School of Law, and a Nonresident Senior Fellow of the Brookings Institution. He also serves as the law school's Associate Dean for Academic Affairs. In 2009, Chesney served in the Justice Department as an advisor to the Detention Policy Task Force and previously advised the Intelligence Community as an associate member of the Intelligence Science Board and a member of the Advanced Technology Board. His scholarship focuses on U.S. national security policies and institutions, including military detention, the use of lethal force, civilian criminal prosecution in terrorism-related cases, civil litigation involving the state secrets privilege, and the convergence of functions across the military and the Intelligence Community. He is a magna cum laude graduate of both Texas Christian University and Harvard Law School.