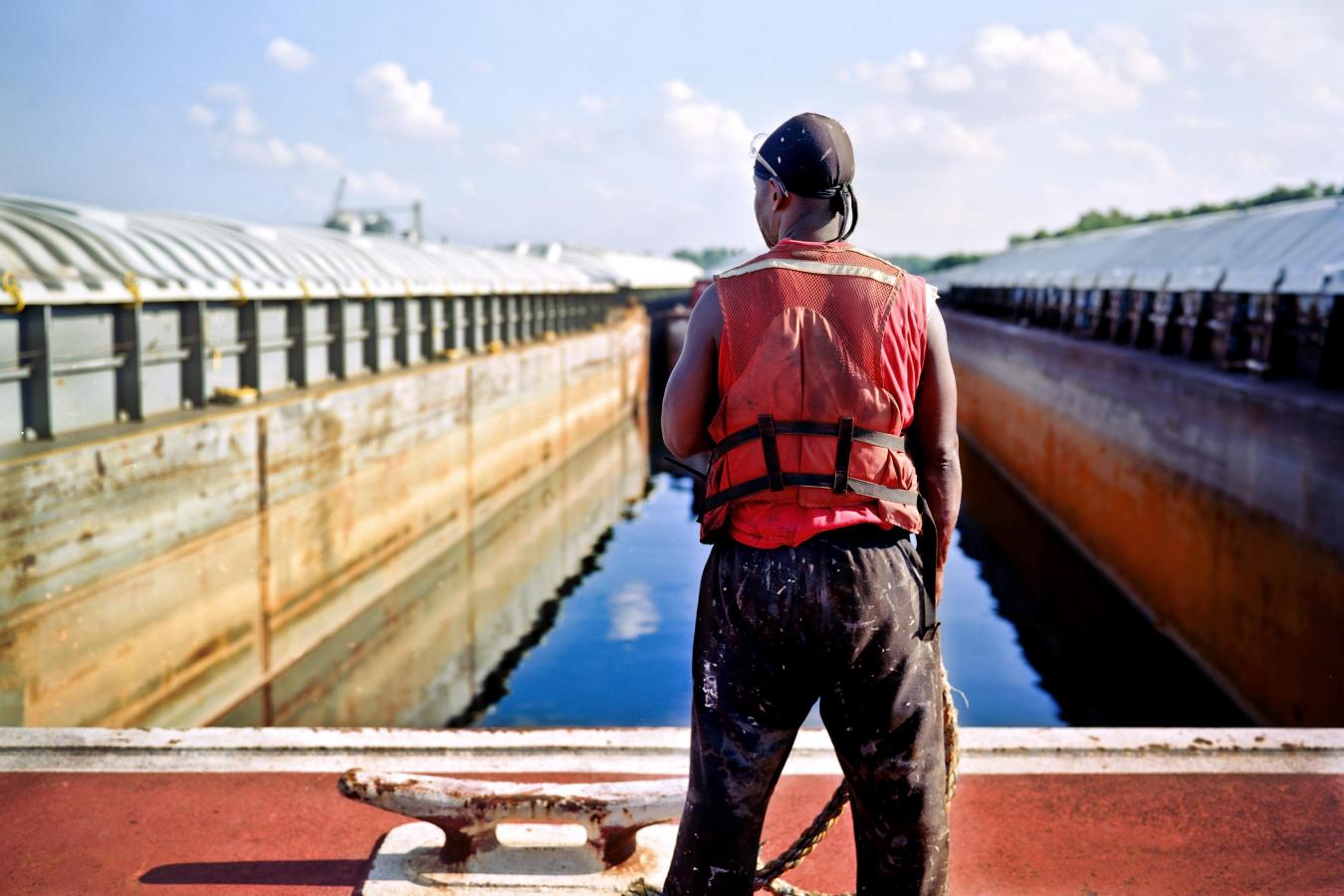 A towboat drifts down the Mississippi River, due for the port of New Orleans. The water, the banks, the bright lights of a port ahead; the lure of a coming paycheck and a home-cooked meal. This is the world of BARGE. A green deckhand following his father into the family business. A former convict working his way upward job by job, in the hopes of being First Mate. A thirty-eight year veteran engineer in no hurry to retire. An ancient waterway pulling a double shift as the backbone of a national economy; a tangle of thick steel cables, tied together just right. As long as the boat’s moving, they’re making money. An intimate portrait of the machinery of American ambitions.

Ben Powell is a photographer and documentary filmmaker based on Austin’s East Side. His short, “Phil Collins and the Wild Frontier,” debuted at the 2013 New Orleans Film Festival; his first feature documentary, Barge, received support from the Texas Filmmakers’ Production Fund, Garrett Scott Development Grant, and Austin Film Society Grant.