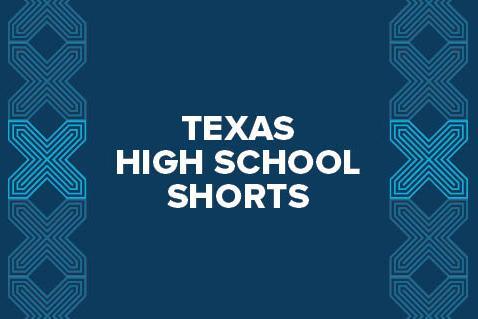 This film was made by the team of Sebastian Crank, Ellis Kauffman, Sage McCommas, Meredith Morran and Paxton Tye. This short film was made in 24 hours at the 2014 MAFIA Day (Make A Film In A Day) Competition sponsored by Austin School of Film and SXSW Film Festival. Teams of 4-5 students attend the competition at a 'lock-in' at a high school campus in Austin, TX. Upon arrival, each team must draw a genre and then select a prop that must be prominently featured in the film project. Teams have 24 hours to write, film and edit a short film (max 5 min). In March 2014, 18 teams competed and It's A Thing was selected Best Film.

Evelyn Parker thinks she is above the mental standard of third grade. She has her whole life planned out. She is going to be the next big name in fashion, and nobody is going to stop her. But when Evelyn finds out that she is failing math and realizes that there is more to fashion than runways and sewing machines, her entire 9 year old world is turned upside down.

Mira, tired and worn out from college applications has recently been depressed and unsure about her future. Her friends, concerned for her well-being, come up with a plan: Mira has to spend a month doing anything but worry about the future. Once she gives herself some time to relax, Mira is able to find what sets her apart, and, consequentially, find out what makes her a great candidate for Stanford.

A hopelessly romantic eight grader finds herself about to experience what she once admired from a safe distance in romantic cinema.

Shadows in the Woods

A couple journeys into the woods on a camping trip. The man takes advantage of the woman's illness and enacts his dark desires. However, things don't go totally according to his perverse plans. Something stirs in the woods, something even more sinister than anything the man could have possibly imagined, even in his most malevolent dreams.

"Home" is a science fiction short film based off the short story "There Will Come Soft Rains" by Ray Bradbury. Set in the not so distant future, this film follows the day to day life of a terminally ill girl living in a home who's artificial intelligence is programmed to take care of her. Despite her trying to be independent, this artificial intelligence the only companion she has as she comes to terms with her own illness.

Art-O-Mat: The Art Machine is a short documentary exploring Clark Whittington's original creation, the Art-O-Mat, a vending machine that sells small pieces of original art. The first Art-O-Mat was created by Whittington for one of his exhibitions, and dispensed black and white photographs. The piece was so popular that the owner of the place requested that he leave it there permanently. Soon afterwards, other artists got involved with the project, and it began to spread. Today there are over 100 individual machines around the world. Whittington now runs an organization called 'Artists in Cellophane' consisting of around 400 artists that sell their art out of the machines.

The Passion of the Mime

Two detectives investigate a crime scene, where a mime appears to have commit suicide. A glimpse into the past reveals the events leading up to the disgraced mime's suicide, and the aftermath with the detectives. With the help of the detectives, the mime attempts to regain confidence in his performing abilities and discover the true meaning of Christmas.

Noel is a story of a teen girl running away from her troubles.

Pokemon Rivals shows a different view of the Pokemon world as we follow Ash and Gary from their childhood friendship to rivals. This Trailer differs from the traditional childish version of Pokemon taking you into a wold where Pokemon are as mysterious as they are dangerous.

A chef cooks a dish for his daughter and experiences the joys of life through food.

A boy who suffers from anger issues has a battle with a manifestation of his anger. When a victor is named, who is the actual winner?

Denise and Katherine are getting ready for a party -- makeup is being put on, hair is being brushed, and shoes and dresses are ready to go. Denise isn't sure about her figure, however. At her friend's advice, she decides to make herself look a little more to her tastes.

Professor Hancock’s Orchestra showcases the work of Colin Hancock, a senior at St. Stephen's Episcopal School, who got a band together to record a jazz session on wax cylinder records in a recreation session of a Jazz legend, Buddy Bolden. The band, playing a song by Bolden, recorded its work through a mid-1890’s megaphone onto the wax cylinders, then listened to the playback on a 1905 Edison Triumph phonograph.

Greg Smith is an underappreciated, high school student. He lives with his self-centered mother who is counting down the days until he becomes an adult and can be on his own. Greg’s only real acquaintances are students that act like his friends so that he will do their homework for them. His life clearly needs a change. That change could be contained in a mysterious package that arrives at his front door.

I am not a Hero

I am not a Hero depicts the story of a small girl who wishes to be a hero like those of her favorite books and comics but is held back by her own humanness.

A group of friends- Connor Young, Ryan Phillips, Denise Collins, Matthew Reynolds, John Elliot, and Trista Waters- are having their annual winter get-together at Connor's lake house. The night takes a violent turn when Ryan and Connor break away from the group for their traditional polar bear plunge. Ryan falls victim to low water and freezing temperatures; and after a frantic attempt to save him, the group watches their beloved friend die. The film then transitions to a time after Ryan's death, as each friend experiences flashbacks and other effects of the various stages of grief: denial, anger, bargaining, depression, and lastly -experienced together- acceptance.

A narrative following the life of a Shanghai Metro train.

Joshua is a teenager who, like millions of others, finds emersion in videogames that isn’t offered to them in their day to day routines. In the wake of family problems and in a struggle against long sleepless nights, online games become his ultimate answer against the otherwise mundane proceedings of the day.

A collective of creatures barely surviving the death of their sun have been reduced to capturing and incinerating glow bugs for their energy. One lonely hero refuses to continue the slaughter and sets off on a journey of discovery. A chance meeting with outcasts will change the fate of their civilization forever.

KERS is the tale of a hidden passion. Due to the negative connotations associated with street art, graffiti artists find is challenging to communicate their art form in public. In this documentary, Catherine has the added difficulty of being female in a man’s world, as even members of her own art community look down upon her because of her gender.

A wordless vignette filmed in nostalgic Super 8mm unfolds a lonely boy's encounter with an unexpected neighborhood visitor: a tortoise. His youthful attempt to domesticate the roaming visitor, awakens his sense of empathy. Ultimately the two build an unlikely bond. Based on real life events in Austin, Texas. Music by Led Zeppelin.