An Above Average Evening with the Upright Citizens Brigade Theatre 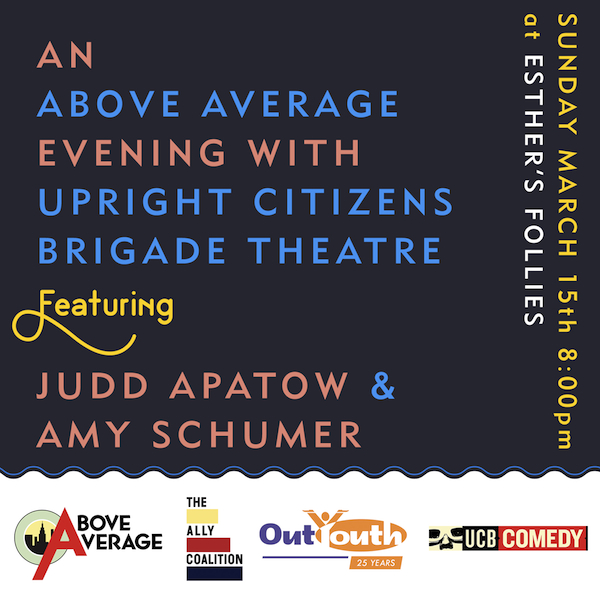 Above Average produces and hosts exclusive, offbeat projects from emerging stars and SNL alum. The Upright Citizens Brigade Theatre is a bi-coastal comedy powerhouse that has trained and produced content with several generations of comedy's most acclaimed performers. It makes sense that, last year, the two comedy giants teamed up on an ongoing series of original videos -- and now, they're together onstage at SXSW Comedy.