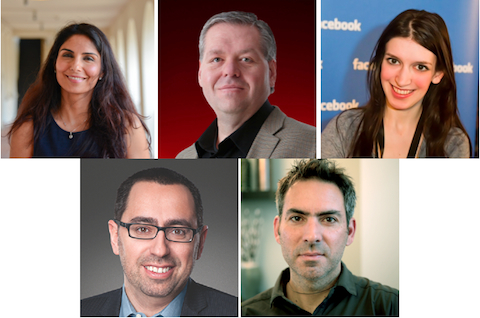 Hollywood has traditionally been slow to adopt new technologies, and tech startups have hit roadblocks in attempts to change the way the entertainment industry produces and releases content. However, in the past year, corporate and VC investors have begun jumping on opportunities in film and television.

This case study style session focuses on two examples of entertainment startups — LittleCast and i.TV — that have recently found success through corporate partnerships. The CEOs from both companies, joined by representatives from their corporate partners — Paradigm and DIRECTV — will discuss their experience evoking change in the entertainment industry.

San Francisco based producer, Count [AKA Mikael Eldridge], has been involved in just about every aspect of the music business. He has worked for indie and major labels, scored films, and has worked as producer, engineer, mixer, and remixer for artists such as  DJ Shadow, Frank Sinatra, Radiohead, John Cale [Velvet Underground], No Doubt, New Order, RUN DMC, Tycho, Zoe Keating, Galactic, Trombone Shorty, The Bee Gees,Thievery Corp, and many more. With his own bands Inu and Halou, Count has toured the US and performed live at shows such as Seattle's Bumbershoot festival, The San Francisco International Film Festival, the SF Museum of Modern Art, Filter Magazine's Culture Collides Festival. Count is currently directing the documentary Unsound, which is about the collapse of the music business and the impact the internet revolution is having on all creators. He has become a vocal advocate on artist rights issues, speaking at The Future of Music Summit, C2SV, SXSW, and Grammys on the Hill. Count is also currently involved in the formation of the Content Creators Coalition which is helping to organize a collective voice to deal with issues affecting creators in the internet age.