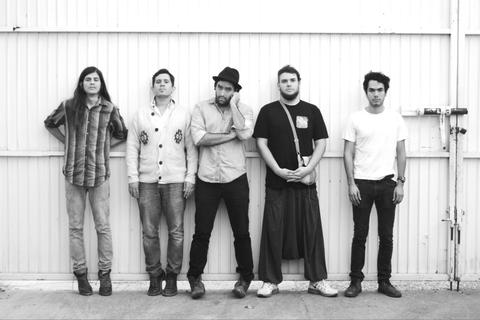 Porter is a Mexican experimental indie rock band formed in 2004, based in Guadalajara, Mexico. Porter belongs to the emergence of the Indie scene in México, and it´s considered being one of the most important Spanish-speaking rock bands over the last decade.
Porter released their first EP called "Donde los ponys pastan" which deliberates the single "Espiral" (2004), track that later became one of the most played songs in the history of Reactor (one of the most important radio stations in Mexico) and top ten in various radio and television stations nationwide.
After the sudden growth of the band, Porter released their second single called "Daphne", achieving being in top ten for several weeks on musical channels such as MTV Latinamerica and TeleHit, and giving Porter at the same time the nomination for best live rock show at Lunas del Auditorio.
Later, Porter released their first LP called "Atemahawke" (2007), with singles such as "Vaquero Galáctico” and “Host of a Ghost", promoting a more mature and experimental sound, giving the band great international acceptance.
After participating in Coachella 2008, the band decided to be no longer active giving rise to alternative projects such as: Juan Son, Vansen Tiger and Holger.
The band decided to reunite at Vive Latino festival (2013) in Mexico City with great expectation from critics & the audience. At the same Porter releases a new single called “Kiosko”, produced by Simone Pace of Blonde Redhead.
Throughout its history, Porter has shared the stage with bands such as Ian Brown, Yeah Yeah Yeahs, The Strokes, Red Hot Chilli Peppers, Phoenix, Sebastien Tellier, Cafe Tacvba and Zoé among others…
The band was originally formed by: Juan Carlos Pereda (Voice), Diego Bacter (Bass, Synth and Programming), Fernando de la Huerta (Guitar), Victor Valverde (Guitar and Keyboards) and Juan Pablo Vazquez (Drums), but recently, Juan Carlos best known as “Juan Son” left the band, being replaced by David Velasco, a unique solo singer/songwriter tenor from Guadalajara.
With this new alignment, Porter is actually working on their third studio album called “Moctezuma”, from which they have already released the first single “Palapa”.