Stop Burying Jars of Songs in the Backyard of Data 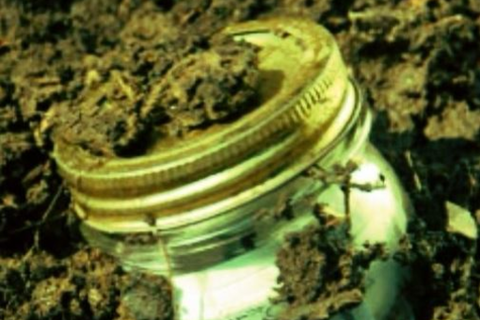 The moment an artist records a frame, draws a line, or writes a word, data is created. Digital Service Providers send that creation as data to the world and the world pays them. But how do they know who to pay? By you telling them! Explore how to intuitively manage and track creations and the related data in the cloud, and seamlessly provide this data to get paid.

Howell O’Rear is a business litigation lawyer based in Nashville, with a focus on music industry and copyright disputes. He is a founding member of the law firm McInteer & O'Rear PLC. Howell’s clients span a wide variety of interests and industries, including music, technology, logistics, and print media. He also prosecutes trademark applications and assists clients in developing enforcement procedures to protect their intellectual property rights. Howell has been selected by his peers for inclusion in The Best Lawyers in America for the category of Intellectual Property Litigation. He earned his J.D. degree from the University of Virginia. Howell has also written extensively about the music industry – his articles have been featured on Billboard.biz and American Songwriter magazine.

Co-founder, CEO of NeonGrid, an Angel-backed platform that allows people who work on creative content that's posted to the web to be able easily credit their work and tag credits to their colleagues. The result: single profile with all the work someone has done and searchable via credits.

Prior to NeonGrid, John spent 13 years as a principal team member at The Internet Movie Database (IMDb) helping evolve the product into an asset used by 170+ million users, expanding the company's footprint globally, and building the site into a highly profitable business.

John Rudolph, Senior Advisor at Siemer & Associates, has worked in the media, technology and global finance industries for over 20 years, specializing in startups and M&A transactions. Concurrent to his position with the firm, he is a Principal with Music Analytics, a strategic advisory entity he founded in 2001, which has been responsible for over $3.1 billion in media transactions.

Most recently, Mr. Rudolph served as CEO of Bug Music, Inc., a leading worldwide media company with offices in the U.S. and Europe and over 120 employees that was purchased by BMG Chrysalis in the fall of 2012 for a reported $300 million. Previously, he founded Sherpa Ears, LLC, an early predecessor to modern day social networking sites, and before that, he was CFO of Windswept Pacific, where he engineered the company’s sale to EMI for $200 million. He has also held positions in corporate finance with IBM, served as a CPA at BDO and Coopers and Lybrand, as well as an advisor to LA Reid.

Robert is CEO and co-founder of Songspace, has worked in media, music and technology for ten years. From 2004-2012 as co-owner and publisher of American Songwriter Magazine, Robert transformed the 20 year-old trade magazine into a nationally recognized media brand now reaching over 250,000 monthly unique readers worldwide.

Adam White is a Product Analyst at SESAC, the nation's most innovative performing rights organization. With the company for 7 years, White is responsible for authoring and translating business processes into the development and release of SESAC's digital product initiatives. Adam works with SESAC cross-functional teams to define product goals and metrics. He manages strategic research efforts to inform product vision and best practices.
Hailing from New Philadelphia, OH, White began his career with SESAC in the Film/TV distribution department in 2006. In 2012, White became Coordinator of Technology Development & Strategic Initiatives for the RDRS department before being named the Product Analyst for the Digital department in 2013. White holds a Bachelor of Arts degree in Music Business/Management from Berklee College of Music in Boston.