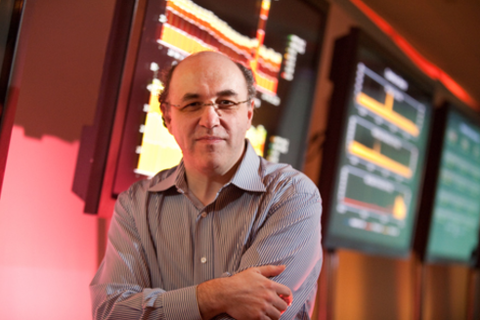 Imagine a future where there's no distinction between code and data. Where computers are operated by programming languages that work like human language, where knowledge and data are built in, where everything can be computed symbolically like the X and Y of school algebra problems. Where everything obvious is automated; the not-so-obvious revealed and made ready to explore. A future where billions of interconnected devices and ubiquitous networks can be readily harnessed by injecting computation.

That's the future Stephen Wolfram has pursued for over 25 years: Mathematica, the computable knowledge of Wolfram|Alpha, the dynamic interactivity of Computable Document Format, and soon, the universally accessible and computable model of the world made possible by the Wolfram Language and Wolfram Engine.

Stephen will discuss the profound implications of this new future on product development, industry, and research, and demonstrate new technology that will soon be part of our present.

Stephen Wolfram has been responsible for three revolutionary developments: the Mathematica computation system, A New Kind of Science, and the Wolfram|Alpha computational knowledge engine.