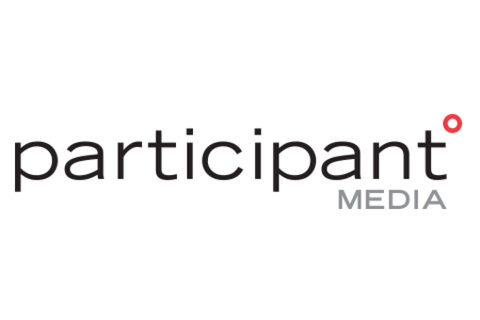 ATTENTION: Priority Seating is available for this session. To take advantage of this opportunity, you will need to have a valid SXSW badge, and an activated SXsocial account. To get your priority seating, please go here: https://sup.sxsw.com/schedule/IAP27197 IF YOU PRE-REGISTERED AND WERE PLACED ON THE PRIORITY LIST, YOU STILL MUST ARRIVE AT LEAST 30 MINUTES BEFORE THE SESSION BEGINS TO GUARANTEE ENTRANCE.

Innovation is at the center of startups, but even more important for expansive institutions addressing our toughest global challenges. From humanitarian emergencies to solving global hunger, the world needs innovative solutions and entrepreneurial approaches. To continue to maximize impact and efficiency, organizations working at massive scales must actively foster innovation-- using technology, data and the championing of emerging social entrepreneurs who could have the next idea to take to scale. Sponsored by Participant Media.

myAgro Founder and CEO Anushka Ratnayake has worked in rural Africa since mid-2008, helping to increase market access for small scale farmers. Prior to starting myAgro, she developed key components of One Acre Fund’s core operation model, created management training programs and traveled across Africa and South Asia in search of innovations in the microfinance and agricultural sectors. Before joining One Acre Fund, Anushka was an early employee of Kiva.org and created the Kiva Fellows Program. Anushka received her BA in Literature from University of California, Santa Cruz and her agricultural training from small holder farmers in Bungoma, Kenya. Anushka is a 2011 – 2013 Rainer Arnhold Fellow.

As Vice President of Communications and Special Projects, Meighan works with an incredible team of dedicated, creative people building a world where everyone has the food and nutrition needed to lead healthy, productive lives.

Previously, she was Founder & President of the Developing Group, where she led rebranding and content development in support of the Global Partnership for Education’s successful $1.5 billion Replenishment Conference. Meighan has lead special projects in conjunction with the Clinton Global Initiative, World Economic Forum, 2010 FIFA World Cup and at U.N. and G8 summits globally.

At the ONE Campaign, she was Communications Director and then Director of Special Projects, part of the team that helped build the organization in its early years. Meighan also served as a Congressional Fellow, media consultant for the World Economic Forum, Special Assistant to the President of the International AIDS Vaccine Initiative and.. http://wfpusa.org/staff/meighan-stone

Meryl Stone joined Google in May 2004 as a direct report to Google's co-founders, Larry Page and Sergey Brin, and went on to become a founding member of Google.org , Google¹s philanthropic arm. In her almost 10 years at Google, Meryl has led strategy, development and partnerships for some of Google.org largest initiatives and products, including Inform & Empower, a governance and transparency initiative in India and East Africa; Google PowerMeter, a product to improve consumer awareness of energy usage; and Google for Nonprofits , a program to provide in-kind product donations to nonprofit organizations. In her current role as the head of partnerships for Google Crisis Response , Meryl develops government, nonprofit and commercial relationships in support of Google¹s emergency alerting, crisis maps, and Person Finder products. She has also managed the partnerships for over 20 of Google¹s most acute responses (including Haiti Earthquake, Hurricane Sandy, Typhoon Yolanda), while working to scale Google¹s ability to respond to future disasters.

Rose Beaumont is senior vice president, group head of communications for MasterCard Europe. In this role, Ms. Beaumont leads MasterCard’s internal and external communications throughout Europe – focusing on delivering integrated communications solutions that drive MasterCard’s business performance, enhance our reputation and brand, and drive engagement and understanding across all audiences.

Prior to joining MasterCard, Ms. Beaumont was with The Walt Disney Company, where she was most recently executive director of communications for Europe, Middle East and Africa. Prior to that, she was director of communications for Yahoo! Europe. Ms. Beaumont also brings a wealth of experience from her previous roles as senior press officer at Nickelodeon and at several communications agencies where she worked for a series of challenging global brands including American Express, Anheuser Busch and Fruit of the Loom. A passionate believer in the power of communications her expertise lies in helping a brand connect with its many audiences in creative and innovative ways.

Ms. Beaumont is part of the European management team and the Worldwide Communications leadership team.