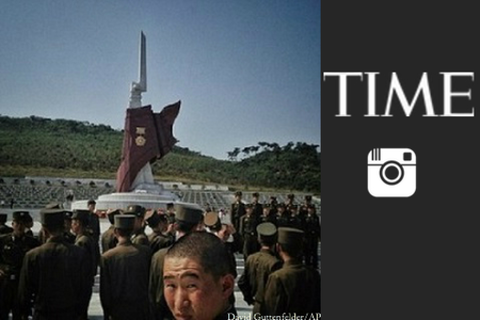 Instagram and other social media tools are transforming the way photographers, journalists and everyday users are documenting news around the world. In 2013, David Guttenfelder, the AP’s chief Asia photographer, won over a new audience after he became one of the first foreign photographers to be granted the ability to work in North Korea. He featured some of his most striking, intimate pictures from the Hermit Kingdom on Instagram. Guttenfelder will discuss the growing influence of social media on professional photography with TIME Photo Editor Kira Pollack and Instagram Community Leader Dan Toffey.

Dan is a member of Instagram's Community Team, which—among other things—manages Instagram's blog and social media channels. By sharing stories from Instagrammers around the world, the Community Team seeks to build community and inspire creativity. To date, he feels his greatest accomplishment is the creation of @Instagram's #WeeklyFluff feature.

Prior to joining Instagram, Dan worked in the press offices of the US Commodity Futures Trading Commission and US Senator Mary Landrieu. He also co-authored several articles about early and convenience voting as Associate Research Director of the Early Voting Information Center at Reed College, where he graduated in 2007.

David Guttenfelder has spent all of his career as a photojournalist working, and living outside of his native United States. He began as a freelance photographer in East Africa after studying Swahili at the University of Dar es Salaam in Tanzania. As an Associated Press photographer he has been based in Kenya, Ivory Coast, India, and Japan.

Traveling to more than 75 countries while working for the AP, he has covered a wide range of news events including the genocide in Rwanda, U.S.-led wars in Kosovo, Afghanistan, and Iraq, the Israeli Palestinian conflict, the 2008 election of US President Obama, the tsunami and nuclear disaster in Japan, and three summer Olympic Games. Selected by APImages as an assignment services photographer, he is currently completing his fifth story for National Geographic Magazine.

Kira Pollack is the Director of Photography at TIME and the executive producer of Red Border Films, TIME’s new documentary –film project. In October 2011, she was named the photo editor of the year at the Lucie Awards. Since Pollack joined TIME in October 2009, the brand’s photography has been recognized with many prestigious awards including the World Press photo of the Year, and the Visa D’Or award at Visa Pour l’Image. In March 2011, she established TIME’s photography site LightBox, which is dedicated to the culture of images and provides a forum for conversation on photography. Pollack also spearheaded TIME’s Beyond 9/11 project, which was awarded an Emmy in October of 2012. The 9/11 project included 40 portraits coupled with oral histories, a special commemorative issue, microsite, documentary in association with HBO and gallery exhibition. Previously, Pollack was the deputy photo editor for the New York Times Magazine.