Putting a Real-Time Face on Polling 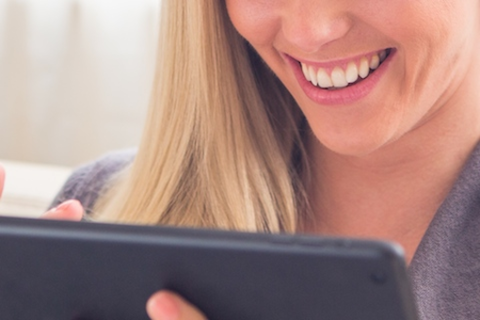 If you want to know how people feel about something, just give them a questionnaire, right? Nope. This panel is about tapping into people's thoughts, feelings, and opinions more directly, in real time. Our thoughts and feelings drive our decisions, from the smallest ones, like what we eat or watch, to big ones like how we invest, who we vote for, and the causes we’re passionate about. This panel interactively discusses new ways to collect data on people's instant, in-the-moment reactions and emotions, including biometric and facial emotion detection, real-time polling on mobile devices, and sentiment analysis, enabling novel online interactive digital experiences and volumes of new data to mine for better understanding of how people make decisions. We discuss how these new technologies will change the face of polling – enabling people everywhere to have a voice, to emote their vote, and to be listened to with greater precision and scalability than has ever existed before.

At heart, Martin Salo is a technologist, writing his first lines of code at the tender age of 7! At the ripe old age of 12, he wrote an app that was downloaded by tens of thousands of people. Shortly after that, Martin got the entrepreneurial bug and launched a creative agency. He has also been the CIO at two companies. Having over 200 web projects under his belt has enabled Martin to successfully develop Realeyes emotion measurement platform into a world leading offering.

Philip Resnik is a professor at the University of Maryland, with appointments in Linguistics and at the Institute for Advanced Computer Studies, and his entrepreneurial experience includes being technical co-founder of CodeRyte (clinical natural language processing, acquired in April 2012 by 3M), lead scientist for Converseon (spearheading development of their sentiment analysis platform, now marketed as ConveyAPI), and, most recently, founder of React Labs, which is commercializing his research on real-time polling. He received his bachelor's in Computer Science at Harvard in 1987, and his Ph.D. in Computer and Information Science at University of Pennsylvania in 1993, and joined University of Maryland in 1996. His industry experience prior to entering academia includes time in R&D at Bolt Beranek and Newman, IBM T.J. Watson Research Center, and Sun Microsystems Laboratories.

Rana el-Kaliouby is the Chief Science Officer and Co-founder of Affectiva, the leading experts in consumer emotion analytics and emotion-sensing technology. She invented the companys’ award-winning, automated facial coding technology, Affdex, used by brands and market researchers such as Coke, Unilever, Mars, Millward Brown, InsightExpress and eBuzzing. Previously Kaliouby was a research scientist at MIT.

Rana’s work has been featured in numerous publications including Reuters, Wired, Forbes, FastCompany, The Wall Street Journal and The New York times, and recognized by Entrepreneur as one of the “7 Most Powerful Women To Watch In 2014”. She was inducted into the “Women in Engineering” Hall of Fame and is the recipient of the 2012 Technology Review's "Top 35 Innovators Under 35" Award, the 2006 Global Women and Inventors and Innovators Network Award, and National Science Foundation grants. Rana holds a BSc and MSc in computer science from the American University in Cairo and a Ph.D. from the computer laboratory, University of Cambridge.