The Open Source Revolution: From Blogs to Homes 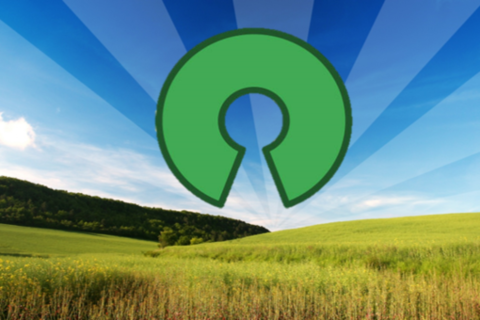 From WordPress themes to all aspects of home and office life, the open source movement is bringing new knowledge and increased collaboration to life for both consumers and developers – and the movement is just beginning. It has become so pervasive that most consumers are unaware of its impact on their everyday lives. By adopting an open-source philosophy, we have the opportunity to make the world smarter, together.

This panel will bring together Matt Mullenweg, co-founder of WordPress & CEO/founder of Automattic; Andrew Brooks, co-founder & COO of the open platform SmartThings; & Jason Johnson, co-founder & CEO of BLE-enabled smart lock August, in a discussion about the value of open source and what the future holds for the movement, led by moderator J.J. Colao of Forbes. The panel will explore how open source is affecting their respective industries, how quickly the movement is growing, and what the future of technology looks like given the open source revolution that’s underway.

Andrew is a repeat entrepreneur with experience designing, building and operating sales, marketing, operations and support organizations from startup to international scale. He believes the connected world and Internet of Things will profoundly change the home, the office and everything in between in the coming decade. Prior to SmartThings, Andrew co-founded Mural, a global go-to-market and support delivery organization for SaaS and IaaS providers and SMBLive, a cloud-based software provider. Most recently, Andrew was senior vice president of global product operations at ReachLocal, a global provider of online marketing solutions for small and medium sized businesses that acquired SMBLive in 2010.

Jason is the CEO and co-founder of August, developing interactive home technology including the August Smart Lock. He is also the founder and chairman of the Internet of Things Consortium and managing partner of Founders Den. Previously, he was the CEO and co-founder of AirCover Mobile. Serving as a mentor for Founders Institute and multiple startups, Jason has over 19 years of experience marketing technology products and services. As an entrepreneur and Vice President at Dolby Laboratories, he developed their first venture business. Previously, he served as the Vice President of Marketing for Global IP Solutions (acquired by Google) and was the CEO and co-founder of InterQuest (acquired by Darwin Networks).

Before joining Forbes, J.J. co-founded and ran a web startup with friends from college. He is based in New York.

In May of 2003, at 19 years old, Matt co-founded WordPress, the open source publishing platform, which is now used by 20.6% of the web. Two years later in August of 2005, Matt founded Automattic, the company behind the commercial version of WordPress, WordPress.com and WordPress.com VIP, the enterprise CMS product. Notable WordPress.com VIP customers include: TIME, CNN, Re/code and TechCrunch. After developing the WordPress platform, Matt got his start in technology working at CNET Networks as a senior product manager. He went on to found Global Multimedia Protocols Group, an experimental metamemetics company, to develop open data formats. Additionally, Matt is also the founder and principal of Audrey Capital, an angel investment and research company.