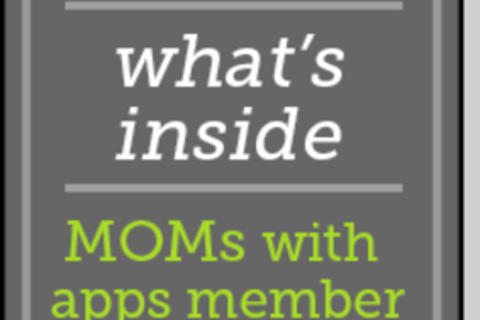 The days of the abacus are long gone - replaced by abacus apps. Stuffed animals are being replaced by app pals like Calls from Elmo. For better or worse, the way children play and learn has changed and privacy remains a concern as technology becomes a larger part of their daily lives. Parents and children want access to the latest, greatest technology and apps. However, federal laws restrict common app features (analytics, email, rate this app) in anything online directed to children under the age of 13. Developers are eager to provide parents and children the latest and greatest. Regulators are eager to sue anyone that collects personal information from kids without consent. Do we really have to choose between innovation and children's privacy?

Elana Zeide specializes in privacy and media law. She counsels a wide array of traditional and digital media clients on First Amendment, Information Law, and Intellectual Property issues. She will be a Privacy Fellow at New York University's Information Law Institute beginning in August 2013.
Elana graduated from Yale University and New York University's School of Law. She subsequently worked as a Litigation Associate at Cravath, Swaine & Moore LLC, a Legal Analyst at Bloomberg L.P., and a Visiting Professor at Yale University, where she taught courses on the First Amendment.
Her publications include “In Bed with the Military?: First Amendment Implications of Embedded Journalism" in The New York University Law Review and in The First Amendment Law Handbook, published by the Reporters Committee for Freedom of the Press, and the chapter “Legal and Privacy Considerations Resulting from Data Mining” in the upcoming textbook Business Analytics, edited by Jay Liebowitz.

Lorraine Akemann is co-founder of Moms With Apps, a collaborative network of developers who create apps for kids. After launching her own app in 2009, she recognized the need for knowledge-sharing and cross-marketing to help gain exposure in the App Store marketplace. Now hundreds of developers are interconnected over forums, groups and services that sprouted from within the Moms With Apps community. Lorraine’s advocacy and efforts are focused on supporting apps that are designed to respect children and families, and her partnership with the Association for Competitive Technology is based on bringing best practices in online privacy to the forefront of kids’ app development. You can find Lorraine on Twitter @momswithapps.

As Director of Outreach, Sara Kloek uses expertise gained from nearly a decade in grassroots organizing on political campaigns, advocacy campaigns and in the halls of the United States Congress to engage ACT members around the world. Sara coordinates the activity of the 5,000-member organization at conferences, workshops and meetups addressing app developer issues. She also manages ACT’s constituent communications program connecting app makers to lawmakers.

Sara has recently spoken in front of the Federal Trade Commission and the Maryland House of Delegates in support of small business app developers.

Prior to joining ACT, Sara worked for Representative Collin Peterson of Minnesota eventually serving in dual roles as Legislative Assistant and Deputy Press Secretary. Sara also worked on several campaigns in her home state of Minnesota including the successful campaigns electing Senator Al Franken and State Auditor Rebecca Otto. While in college, Sara led initiatives at the Minnesota State Capitol in support of equitable funding for the University of Minnesota.

Sara lives in Northwest DC and has a degree from the University of Minnesota, Morris in Spanish and Political Science. In her spare time, she assists her parents with their growing apiary and beekeeping supply business.