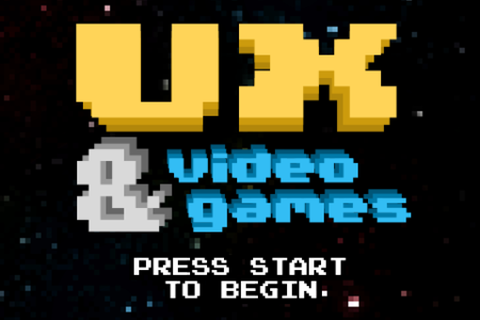 'Press start to begin' is the message gamers have been greeted with since the early days of interactive entertainment. Hitting that start button is typically the player’s first interaction with a game after putting in the cartridge or disk, the moment they go from passive observer to active participant.

This SXSW Gaming Session at the Long Center is FREE and open to the public. However SXSW Interactive, Film, Gold and Platinum badges gain priority seating.
As the number of gamers and the devices they play them on grows, game designers and developers are starting to look in the direction of User Experience to help them craft interactions that not only make it easer for users to play their games, but to enhance the experience of the game itself. This panel of game journalists and game designers will talk about how UX has impacted the game industry, what developers are lexpecting out of UX, and how UX can take games to even greater heights, offering examples of games that are already there, and maybe a few that could use a little help.

David Sinclair is a User Experience (UX) designer working in the video games industry and is currently at Crytek. He has been in and out of the industry for 20 years where he started out in sales at a game retail chain and later became a translator/writer and spent some time as a game designer at Sony Online Entertainment.

David took a break from games and cut his teeth as a User Experience Designer at e:learning startup "ChineseCUBES" where he was mentored by UX pioneer Laurence Bricker.

Since then David has developed a special interest in raising awareness about how game developers can make effective use of UX skills to make games and related services more successful.

Mike Dunn lives in two worlds: By day he is a User Experience designer/developer that loves working on software applications and thrives in startup environments, by night he is a game journalist and executive producer for the online news site Gaming Trend. Frankly, he's sick of the wall between those two worlds and this year he's determined to tear it down (possibly even while listening to Pink Floyd- he believes in fully owning an analogy).

Richard Garriott is a key figure in two industries, computer games and commercial spaceflight. In games he has founded 3 noteworthy companies (Origin, Destination and Portalarium), he created the Ultima series and Ultima Online among many other products. He is a hall of fame inductee and lifetime achievement awardee, along with many other game industry awards. In commercial space he is a principal of or co-founded companies such as The X Prize, Space Adventures, Planetary Power and Planetary Resources. His companies have flown every private citizen who has traveled to space on their own, and he himself has flown to the International Space Station. His work in and on commercial space has earned him induction into the environmental hall of fame, the HAM radio hall of fame and he has received many other accolades for his space industry work.
Richard continues to be very active in both arenas.

Ron Burke is the Director, creator, and owner of Gaming Trend, and is what you’d call a hardcore old-school gamer. He’s owned every major console since the Colecovision, as well as a Commodore 16, a VIC 20, a Commodore 64, an Amiga 500, and so on. Ron is a RPG player, enjoying most Japanese and Western RPGs. The RPG that started him on this path was Ultima. Joining the Prodigy Internet Service entirely so he could join the Ultima Dragons (Knightshade Dragon -=UDIC=-), Ron is an avid collector of all things Ultima. Working with Origin, he was the first Counselor in Ultima Online, and then later the first Seer. As a reviewer, Ron has authored over 1000 previews and reviews, as well as interviewing some of the luminaries of this industry including Richard Garriott, Hironobu Sakaguchi, Mike Laidlaw, Ray Muzyka and Greg Zeschuk, Peter Molyneux, and many more.