Why Reading Is a Flawed, Dying Technology 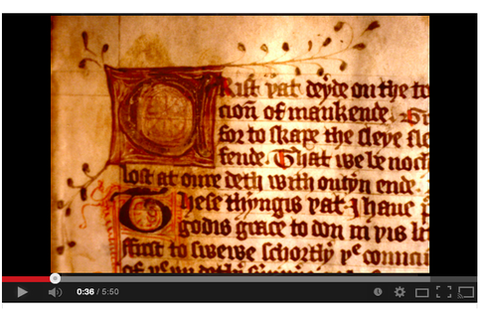 I'm not a reader. I somehow made it through school (including time in a philosophy PhD program) without being a reader. This fact has made me apologetic, embarrassed, and above all thankful for the explosive growth of online video.
Recently, I used a blog's embedded sound-file function. As I listened to the author express the subtleties of his argument with painstaking vocal inflection it hit me: Reading is over.
It, like handwriting, is a dying technology (and for good reason).
If the intention of writing, speaking, and gesturing is to communicate specific meanings, then writing just isn't as good at doing this as sounds, visuals, and gestures are.
Even when specificity isn't goal - as when we subjectively fill out an allusion - reading STILL gets crushed by sound, visuals, and gestures (think Hitchcock movies).
This has clear consequences for anyone who communicates for a living (and bodes well for the future of digital technologies in advertising, education, etc.).

Ed joined TBWA\Chiat\Day NY in June 2012 to oversee strategy on all New York accounts. He came to TBWA from McCann Worldgroup, where he was SVP Global Strategy Director.

Prior to McCann, Ed was the SVP Director of Account Planning at PHD Media. Before that he was co-founder and Planning Director at North, in Portland, OR. Earlier Ed was Director of Strategic Planning at R&R Partners, where he led strategy on the "What Happens Here, Stays Here" campaign for Las Vegas, and before that he worked on the development of media content via Applied Research & Consulting LLC including "Behind the Music" for VH-1 and several video game properties for Activision. Ed began his career at Leo Burnett in Chicago.

Ed has an AB with honors from Amherst College and has done graduate work in philosophy. In 1998 he was invited to present his article "On the Circularity of Thought-Based, Metacognitive Theories of Consciousness," to the American Philosophical Association in Washington, D.C.