Glassholes: The Cultural Dissonance of Technology 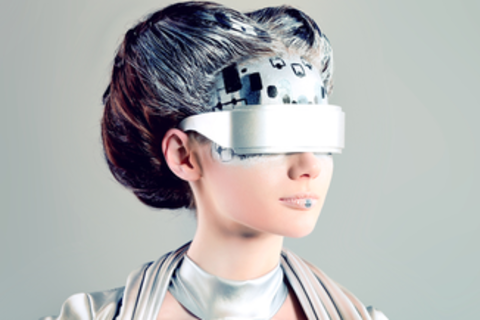 Advancements in wearable technology are leading to a cultural tipping point – constant connectivity will fundamentally change the way humans relate, interact and behave with each other. We're at the very beginning of this new era, one that has the potential for tremendous impact on our daily lives. The topic of wearable technology is already polarizing, with one side of the argument condemning it for perceived security and privacy issues, and the other side upholding it as the next great advancement in computing. In this panel we'll discuss whether always-on technology will result in an epidemic of narcissists and voyeurs, or whether it will ultimately enhance our ability to innovate and create exponentially.

Elise Hu is a reporter who covers the intersection of technology and culture for NPR's on-air, online and multimedia platforms.

She joined NPR in 2011 to coordinate the digital development and editorial vision for the StateImpact network, a state government reporting project focused on member stations.

Before joining NPR, she was one of the founding reporters who helped launch The Texas Tribune, a non-profit digital news startup devoted to politics and public policy. While at the Tribune, Hu oversaw television partnerships and multimedia projects; contributed to The New York Times' expanded Texas coverage and pushed for editorial innovation across platforms.

An honors graduate of the University of Missouri-Columbia's School of Journalism, she previously worked as the state political reporter for KVUE-TV in Austin, WYFF-TV in Greenville, SC, and reported from Asia for the Taipei Times.

Patrick Miller is a Senior Creative Engineer at Deeplocal. He specializes in project integration--bridging the gap between physical and digital with software. He has worked on projects with clients such as Google, Gap, and Toyota. He was also on the team behind the Facebook “Like” Belt, a project that explored the real world manifestation of a “like” and was featured in Engadget, Wired, and Yahoo.

Chief Creative Officer Perry Fair currently serves as the leader of JWT Atlanta, where he oversees accounts including Transamerica, the United States Marine Corps, FEMA, SCANA Energy, Shell, the U.S Virgin Islands and Jiffy Lube. He has been with the agency since 2011 and currently leads the Atlanta, Dallas and Houston offices alongside Chief Operating Officer Marshall Lauck.

Fair joined JWT from Mullen, where he was co-chief digital officer and was instrumental in the global launch of Google’s GoMo initiative and Galaxy Nexus platform. His portfolio is packed with iconic campaigns for Nike, DirecTV, Coca-Cola, Gatorade, Bacardi, Hess, E-Trade, NFL, Ketel One, Zappos, Jetblue and Don Julio, which he created while leading creative and digital departments at Element 79, The True Agency, TBWA\Chiat\Day and Grey.

Fair is a graduate of both Clark Atlanta University and The Creative Circus. He was ranked one of the top 25 young advertisers in America by the AAF. While at Wieden and Kennedy, he sold through a Nike campaign as an intern. Later at Burrell, he created the Nu Classic Soul campaign for Coca-Cola, which ranks 12th in the all time most recognizable work for the brand. There he also launched the T-MAC, Tracy McGrady’s first shoe for adidas, which became the best selling shoe for adidas. His campaigns have been covered nationwide in publications including American Cinematography, Shoot, Adweek, Adage, Communication Arts, AdForum, USAToday, Newsweek, Entertainment Weekly, The New Yorker, The New York Times, CNN, Creativity, ONE, The Magazine, Archive, and PDN. His shelves are covered with awards from Cannes, The Effies, The London International Awards, The One Show, The Clios and The Art Directors Club. He is currently on the Board of Trustees of the Creative Circus. And has served as a judge for One Show, One Show Interactive, and The Art Directors Club Interactive award shows.

To add to the list of accomplishments, he has written and sold the full-length original supernatural thriller, “The Fourth Horseman” which was acquired and placed into production by Intrepid Pictures.

Timothy is a Staff Developer Advocate at Google working on the Glass platform where he's helped launch the Google Mirror API and the Glass Development Kit. He previously worked on Google+ where he helped launch multiple plugins and APIs including the +1 button. He has taught broadcasting, theater, engineering, and various forms of new media at the University of California at Santa Cruz, the Academy of Art University, and the Digital Media Academy. He has a B.S. in Computer Engineering, a Theater Arts graduate degree, and an M.F.A. in Digital Arts and New Media from U.C. Santa Cruz. He loves solving problems and believes in improving life through science and art.