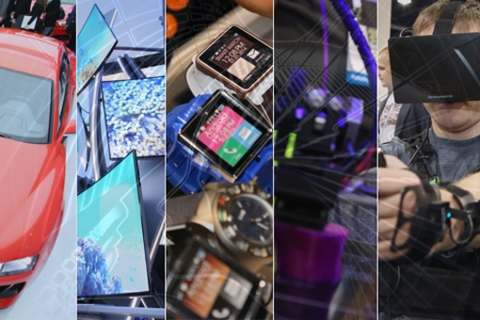 Join leading technology insiders as they share the latest and hottest trends in tech innovation, consumer electronics, services, social media and startups – and unveil a top-level view of what’s coming in the near and long-term future. How will our lives and businesses be changed by driverless cars, wearable technology and computers, sensors, 3d printers, curated content, and robotics? What will privacy and personal identity mean within the evolving context of the hyper-connected, always-on age of mobile and big data – and how will this impact channels, choices and purchases? What are the coming trends in health care using a new range of sensors and contextual SDKs (software developer kits) that will sit on our smart phones and other devices we’ll wear? What kind of new devices will we see in the future, and what are the devices that we’re using now that will become much less relevant? What will entertainment look like – and how will we consume it? Kevin O’Malley will moderate.

Chairman of the Business and Leadership Forum at the Commonwealth Club of California; developing, producing and moderating programs and series on a variety of topics.

As Startup Liaison for Rackspace, the Open Cloud Computing Company, Scoble travels the world looking for what's happening on the bleeding edge of technology for Rackspace's startup program. He's interviewed thousands of executives and technology innovators and reports what he learns in books ("The Age of Context," a book coauthored with Forbes author Shel Israel, will come out in Q4 of 2013), YouTube, and many social media sites where he's followed by millions of people.