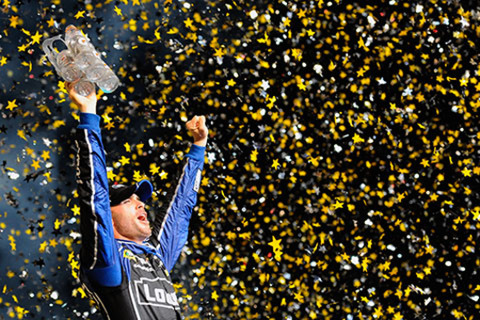 In recent years, professional sports have become a testing (and proving) ground for the latest innovations in digital media, technology and social. Three of the brightest – and most influential – sports marketing minds will share insights and perspective on how the ever-changing digital and social landscape has impacted their business and what emerging trends you should be tracking to be ahead of the curve.
Whether you’re a sports fan curious how technology is changing the in-venue experience or a community manager looking for new ways to tell your brand’s story in a social and digital-first world, you will come away form this panel with a host of ideas that will be applicable to your business. This session is part of the brand new SXsports programming at SXSW 2014.

Handler has built and burnished the brands and businesses of some of the most noted companies in the world including The Madison Square Garden Company, the artists of EMI Music, Virgin Mobile, The National Football League, MTV, Saturday Night Live and The Quaker Oats Company.

Prior to joining MLS, Handler served as executive vice president, marketing and sales at The Madison Square Garden Company. In this role, Handler served as the strategic leader and head of brand management, ticket sales, social/digital strategy, and customer relationship management across all venues, and properties. Prior to joining MSG Entertainment, Handler was the executive vice president for North America for EMI Music where he served as the head of marketing for their roster of recording artists in the U.S, Canada and Mexico.

Handler was the chief marketing officer for Virgin Mobile USA where he led marketing, strategy, offer and product development, sales, business development and media relations. Handler played a central role in growing the subscriber base from 300K to 5M, revenues from $180M to $1.2B, the JD Power award for the #1 wireless service and an Initial Public Offering in October 2007.

Handler was also the CEO for Burly Bear Network, a start-up cable network and youth marketing company, where he more than tripled revenues in two years before selling the business to National Lampoon.

Handler was senior vice president of marketing and fan development for The National Football League. During his six-year tenure, he led the creation of the league's first imaging campaign, "Feel The Power," developed the NFL's integrated youth initiative, "Play Football," and built up the company's retail division with the introduction of the "NFL Shop."

Earlier, Handler served as senior vice president of marketing for MTV where he played a central role in the launch of "Beavis & Butthead," "The Jon Stewart Show," "The Real World," and the Peabody Award-winning "Choose or Lose" voter awareness campaign. While at MTV, he was recognized as one of America’s Top 100 Marketers by Advertising Age.

Prior to MTV, Handler was vice president of marketing for Broadway Video Entertainment, producers of "Saturday Night Live," and “Wayne’s World -- The Movie”. He launched his career in brand management at The Quaker Oats Company in Chicago.

Originally from Detroit, Handler holds a bachelor's degree and an M.B.A. from the University of Michigan.

Prior to joing the agency, Jackson worked with brands such as Old Spice, Dentyne, T-Mobile and Microsoft to launch various products and help build advocacy among key influencers through social media and digital integration.

As Senior VP of Marketing for the NBA, Melissa Rosenthal Brenner has led the development, oversight, and implementation of the NBA’s global social media strategy. She has forged groundbreaking deals with Facebook and Twitter and found innovative ways to incorporate social media throughout the league. Under her leadership, the NBA has built one of the largest social media communities in the world, with more than 425 million likes and followers combined across all league, team, and player pages on Facebook, Twitter, Instagram, Sina, and Tencent. The NBA recently became the 82nd Twitter handle to eclipse seven million followers, and the league’s YouTube channel surpassed an unprecedented one billion video views in December 2012. Brenner also manages the league’s marketing relationships with broadcast partners ESPN/ABC and TNT. Part of the NBA since 1997, Brenner has worked in the Consumer Products Marketing, Advertising, and Marketing departments.

Steve Phelps is Senior VP and Chief Marketing Officer for NASCAR. He oversees all efforts in corporate/brand/consumer marketing, integrated marketing communications, licensing, automotive group, business development, digital and social media, broadcast, entertainment, NASCAR Productions, information technology, corporate events and human resources. Under Phelps’ leadership, NASCAR commissioned an independent study in 2010 which resulted in the formation of its five-year Industry Action Plan. Created to ensure future growth, the IAP targets a number of areas including youth, generation Y, multicultural, driver star power, product relevance and digital and social media. Phelps won Adweek’s prestigious Sports Marketing Executive of the Year, as well as being named its 2012 Brand Genius Award winner. Prior to joining NASCAR in 2005, Phelps was Executive VP of Sales and Marketing for Wasserman Media Group. From 1990 to 2004, Phelps was VP, Corporate Marketing with the NFL.