Fruit Ninja - Slicing Up the Brand for All Media 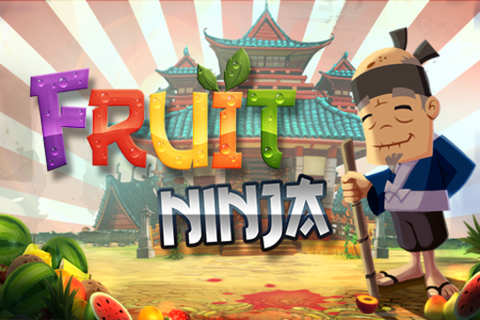 Fruit Ninja is the number 2 most downloaded app of all time. Since its launch in 2010, it has racked up 500 million downloads and is played by 70 million monthly active users.
Australian developers Halfbrick and their entertainment production team, The People's Republic of Animation (PRA), are on a mission: to create a Fruit Ninja universe that provides fertile ground for comedy, adventure and messy slicing action well into the future.
Taking new IP from game to narrative media is riddled with challenges, especially where there's no obvious story or characters. While the game, the series, comics and consumer products are being made simultaneously, how do the teams maintain consistency in the universe while still allowing each branch the freedom to be fresh and original? Does consistency even matter?
Join Halfbrick and PRA in a warts-and-all discussion of the strategies, struggles and successes they've encountered on the way to building an evergreen brand in Fruit Ninja.

Hugh Walters lives in Brisbane, Australia and has over 8 years’ experience in game development, art production, graphic & product design, branding and manufacturing. He has worked at Halfbrick for over six years on projects including like Avatar: The Last Airbender series of Nintendo DS titles and what later became known as Halfbrick’s Raskulls for Xbox Live Arcade. He now works in the mobile game space with titles including Fruit Ninja and Jetpack Joyride. Currently Hugh is Art Director at Halfbrick, working with their team of artists developing brands for games, toys, and other media's.

Phil is Chief Marketing Officer at Halfbrick, in charge of bringing the studio and its games into millions of hearts and minds worldwide. He directed and executed the marketing strategy for Fruit Ninja, Jetpack Joyride and most recently Colossatron, along with every original game released by Halfbrick. This has resulted in over 750 million downloads worldwide and Halfbrick being established as one of the top mobile game developers in the world. He also created the multiplatform title Age of Zombies and Halfbrick’s famous action hero Barry Steakfries.

The Peoples Republic Of Animation

As CEO of The People’s Republic of Animation (PRA), Sam leads the PRA in their mission of bringing the joy of Halfbrick games to an even wider audience by producing equally fun entertainment content. Sam is also CEO and co-founder of mobile game developer, Six Foot Kid. Established in 2013, they released their first game, Band Stars (published by Halfbrick) on the Apple Appstore that year. Sam is a producer at heart. Getting the right people around the right projects on the right platforms is what he loves to do.

Sue is a documentary filmmaker, making work for more than twenty years for broadcast and more recently for the web. She is also a lecturer and PhD candidate at Griffith Film School at Griffith University in Australia.