The Form Factor Is the Message 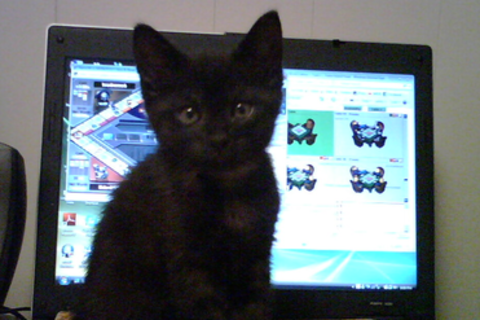 In the last century, visionary media theorist Marshall McLuhan predicted the emergence of the Internet and coined the phrase "the medium is the message," to highlight the role of the communication medium itself and its effects on society.

The 20th Century was about the dominance of one or two formats per medium (TV for video, radio for audio, etc.). Welcome to the new world where everything can do everything, but that doesn't mean everything will be successful for everything.

In today’s post-mass-media world, Cheezburger CEO, Ben Huh, suggests that The Form Factor is the Messenger. That means the proliferation of connected devices from wearable technology to 4K TV is leading the Cambrian explosion of media formats from Vines to SMS to 360 panoramas. During his session, Huh will dive into his theory on the future of media and technology for creators, consumers, publishers and advertisers.

Ben Huh is the Founder and Chief Executive Officer of Cheezburger (http://cheezburger.com). The former journalist turned successful entrepreneur has been credited with pioneering Internet culture as entertainment, crowdsourcing, and bringing Internet memes to the mainstream.

Since first acquiring I Can Has Cheezburger? in 2007, Huh has grown the media company to now include more than 50 online humor sites that generate more than 400 million page views monthly. His Internet culture empire includes popular sites such as FAIL Blog, The Daily What, Know Your Meme and Memebase. Cheezburger has also released five books, two of which are New York Times bestsellers, and was the focus of the LOLwork reality television series, which aired on the Bravo network in 2012.

The Internet culture connoisseur has been featured in many high-profile media outlets including The New York Times, WIRED and TIME. He was named one of the “100 Most Creative People in the Business” by Fast Company, and was recognized as one of the “Top 10 Worst Dressed Men in Silicon Valley” by GQ. In 2011, Huh received the prestigious Ernst & Young Entrepreneur of the Year Award.

As a top industry expert, he has been tapped to speak on numerous panels at leading conferences including the Web 2.0 Summit and SXSW, where he was a featured speaker in 2013. He is also a Co-Founder and board member of Circa, an online journalism startup which re-imagines the way people will consume news.

Huh holds a BSJ from Northwestern University’s Medill School of Journalism and resides in Seattle with his wife Emily.