Mobile Zen: The Data Behind Happiness 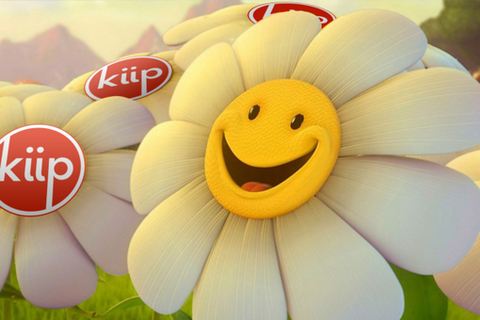 What do 500 million smiles look like? In today’s mobile ecosystem, brands have the power to produce this volume of happiness in consumers, but are squandering the opportunity to do so by opting for annoying and often anger-inducing ads. Emotion is an integral part of advertising, but for whatever reason this fundamental understanding seems to have been forgotten on the mobile channel.
In this session, Kiip CEO and co-founder Brian Wong will share unique insights on the data of happiness accrued from his company’s journey to reward 100 million people. Turning consumers’ frowns upside down is a daunting task, and Brian will examine how the world’s major consumer brands are reversing the pattern of abuse on mobile by taking a human approach – that is, respecting consumer behavior and consumption habits on the phone. Instead of spending billions of dollars to create millions of moments of annoyances, this session seeks to shift the focus to create millions of moments of delight.

Brian Wong is the co-founder and CEO of Kiip (pronounced “keep”), a category-creating mobile rewards network that is redefining mobile advertising through an innovative platform that leverages “moments of achievement” in games and apps to simultaneously benefit users, developers and advertisers. Backed by Relay Ventures, Interpublic Group, Hummer Winblad, True Ventures, Digital Garage, Amex and others, the company has raised $15.4 million in funding to date.

Kiip has been named one of the world’s 50 Most Innovative Companies by Fast Company, listed by Forbes as one of the 4 Hot Online Ad Companies to Put on Your Watch List and included on the Dow Jones FasTech50 List. After skipping four K-12 grades, Brian received his Bachelor of Commerce from the University of British Columbia at age 18, and shortly after became one of the youngest people to ever receive venture capital funding.

He has been recognized with many awards for his accomplishments and leadership, including: the Top 20 Under 20 awards for all of Canada; Business Insider’s Top 25 Under 25 in Silicon Valley, 30 Under 30 in Advertising and 18 Most Important People in Mobile Advertising; Forbes’ 30 Under 30 in 2011 and 2012; Mashable’s Top 5 Entrepreneurs to Watch; iMedia 25; One of AdWeek’s Seven Would-be Mobile Titans; IMPACT13's Innovator of the Year and the AdAge CreativityTop 50.

Before starting Kiip, Brian led key publisher and tech partnerships at the social news website Digg.com, where he accelerated the company’s mobile presence by launching the Digg Android mobile app.