The Future Farm Is Now: Can Robots Feed the World? 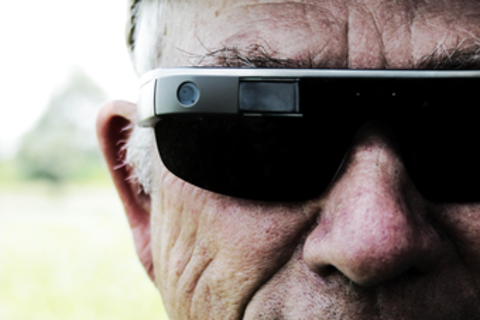 Food production is increasingly a high-tech job. Today’s farmers are using new innovations to maximize their yields and productivity - including wearable computers capable of displaying real-time weather and environmental data, sensors that monitor temperature and soil moisture, and unmanned aerial vehicles (drones) responsible for hyper-efficient crop dusting and pest control. This panel will examine the technology currently being used in fields across the globe, forward-thinking research revolutionizing the precision agriculture field, and the ethical issues inherent in our ever-evolving food system.

College of Agricultural and Life Sciences at University of Idaho

Dev Shrestha is an Associate Professor at University of Idaho. One of his research foci is in Instrumentation and Robotics. He used machine vision to detect weed identification in corn fields. He developed in-field biodiesel blend sensor and biosensor for biodiesel quality detection. He developed an automated soil sampler to retrofit potato combine harvester for continuous soil sample collection. His teaching area includes instrumentation, power and controls, and precision agriculture.

I'm an editor for Successful Farming magazine and Agriculture.com. I have accumulated experience in generating and managing multimedia media content, developing and working within multiple content management systems and managing social media extensions. I strive to provide high-interest content for my readers and users, and thrive on using new media tools and formats and to do so.

Dr. Maribeth Gandy is the Director of the Interactive Media Technology Center and the Associate Director of Interactive Media in the Institute for People and Technology at Georgia Tech. She received a B.S. in Computer Engineering as well as a M.S. and Ph.D. in Computer Science from Georgia Tech. In her fourteen years as a research faculty member her work has been focused on the intersection of technology for augmented reality, mobile/wearable computing, human computer interaction, and gaming. She is a computer scientist focused on developing cutting-edge applications using augmented reality (AR) and mobile computing to provide useful, compelling, and entertaining user experiences. She is interested in advancing AR as a new medium by focusing on authoring, evaluation, and deployment. She was the lead architect on a large open source software project called the Designer’s Augmented Reality Toolkit (DART), which had thousands of users and was used to create a variety of large-scale AR systems. She was also co-PI on an NSF grant focused on the development of presence metrics for measuring engagement in AR environments using qualitative and quantitative data. She is currently collaborating on the creation of an open source AR web browser called Argon. She has also applied AR technologies to a STEM education project for teens, explored how AR interfaces can enhance user abilities during maintenance and repair tasks, and, most recently, is using AR and mobile technologies to create a center of innovation in Midtown Atlanta. In her consulting work she is the co-founder of an AR consulting firm (Aura Interactive LLC) and she has collaborated to integrate real-time AR effects into Duran Duran’s live concerts, has performed usability analysis and evaluation on prototype products for healthcare, communication, and entertainment, and has designed and/or implemented a variety mobile AR applications for advertising, gaming, and education.

Nathan T. Wright began his career in the advertising agency world, where he developed digital media strategy for clients of all shapes and sizes. His interest in social networks led him to entrepreneurship and the formation of Lava Row, a consulting firm dedicated to helping large corporations navigate the ever-shifting digital media space with emphasis on training, best practices and business value. He joined Hy-Vee in a new Digital Marketing and Innovation role in October 2013.