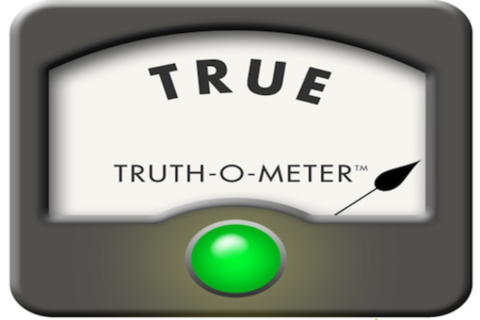 Political fact-checking is expanding around the world, with new ventures popping up in South Africa, Australia, Germany, Chile and many other countries. But as the websites take root, the fact-checkers are facing new pressures to maintain high standards, deal with partisan audiences and find a sustainable business model.
Bill Adair, creator of the Pulitzer Prize-winning U.S. site PolitiFact, will moderate a conversation with Peter Fray, who led a fact-checking movement in Oz when he launched PolitiFact Australia; Martin Kotynek, creator of the German site Faktomat, which relies on crowd-sourcing to select claims to check; and Mona Chalabi, a writer for the Reality Check feature of The Guardian. There’s broad agreement that fact-checking is important journalism, but the sites must find a way to survive in a competitive and partisan media world.

Bill Adair is the Knight Professor of the Practice of Journalism and Public Policy at the Sanford School for Public Policy. One of 25 Knight Chairs at universities around the country, his research and teaching focuses on digital journalism, new media and government.

The creator of the Pulitzer Prize-winning website PolitiFact, he has been recognized as a leader in new media and accountability journalism. He worked for 24 years as a reporter and editor for the Tampa Bay Times (formerly the St. Petersburg Times) and served as the paper’s Washington Bureau Chief from 2004 to 2013. He launched PolitiFact in 2007 and built it into the largest fact-checking effort in history, with affiliates in 10 states. In 2013, he managed the site’s first international expansion with the launch of PolitiFact Australia.

He has made hundreds of appearances on television and radio on programs such as the Today Show, Nightline, Morning Edition, All Things Considered, Reliable Sources, C-SPAN’s Washington Journal and the Colbert Report.

His awards include the Pulitzer Prize for National Reporting (with the PolitiFact staff), the Manship Prize for New Media in Democratic Discourse and the Everett Dirksen Award for Distinguished Coverage of Congress.

Martin Kotynek is a Knight Journalism Fellow at Stanford University. He does research on collaborative fact-checking to make fact-checking more open and credible.

Before coming to Stanford Martin was an investigative editor at "DIE ZEIT" in Berlin, Germany's major weekly paper. There he created the collaborative fact-checking platform "Faktomat" (http://www.zeit.de/faktomat) for the general elections last year.

At "Faktomat" readers suggested which politicians' claims the newsroom should check. Afterwards, everyone could “up-” and “downvote” these claims. As soon as a claim made it to the top of the list, editors fact-checked it - and judged if it's true, half-true or false. During this process, users could contribute information, links and documents that backed or weakened an argument. This made the fact-checking process more transparent.

Users suggested about 100 claims about the tax plans of the Green Party, on the impact of renewable energies on the electricity costs, etc. Most of the fact-checks were the most popular stories at ZEIT ONLINE on the day they were published and were cited by many politicians and opinion leaders. Other high-ranking suggestions were about the widening gap between rich and poor, on debt reduction plans, and social security.

Before joining "DIE ZEIT", Martin was page two editor at "Sueddeutsche Zeitung" in Munich, Germany's major daily broadsheet, where he was responsible for the "topic of the day"; before that he was the environment editor at the politics desk.

Martin is from Vienna, Austria. He lives in Palo Alto, CA.

Mona Chalabi, a Lead Writer at FiveThirtyEight analyses data that affects who we are and what we do - it's a job that involves finding datasets, explaining what they tell us and what they don't, and crucially, using that data to test hypotheses and counter inaccuracies. Prior to joining FiveThirtyEight, Mona worked as a data journalist at the Guardian, writing for the Datablog and Reality Check sites were she fact-checked claims circulating in the British press. She began to write about statistics after analysing large data sets in her roles at the Bank of England, the Economist Intelligence Unit, Transparency International and the International Organisation for Migration.

Peter Fray is the editor in chief of PolitiFact Australia, the country's first and only stand alone political fact-checking and the first overseas arm of the US-based site PolitiFact. PolitiFact Australia launched in May 2013 in time for Australia's federal election campaign. From May to the September election day, PFA fact-checked over 180 political statements and became firmly entrenched in the nation's social, political and media debate.
Peter Fray is the former editor in chief and publisher of the Sydney Morning Herald, Australia's oldest and most respected media masthead, and the former editor of the SMH, the Canberra Times and the Sunday Age in Melbourne.
He is also an adjunct professor of media and politics at Sydney University, and a board member of Australia's consumer watchdog, Choice. He is currently worked on several media start-ups.
He has been a journalist for over 30 years and aside from editing roles, reported as a foreign correspondent, political correspondent and on religious, arts and rural affairs.
He produces independent theatre in his spare time and lives in Sydney with a playwright, Katie Pollock, and their two young kids.