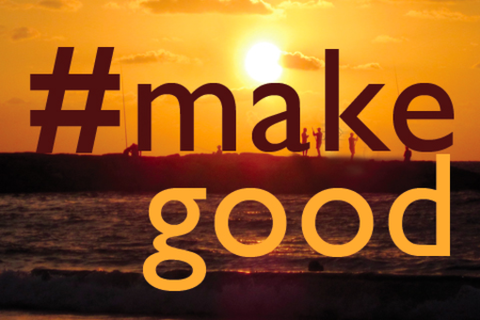 How can you make a difference, and make it entertaining at the same time?
As lines continue to blur between fiction and non-fiction, education and entertainment, gaming and movies, and the corporate and non-profit sectors, producers with a social mission have more opportunities than ever to reach and activate audiences. How can we leverage technology, new storytelling trends, and emerging investment models to bridge the gap between audience awareness and action? This panel of seasoned practitioners will share case studies, stories from the trenches, and predictions for the future of social impact media.

She is an elected member of the Board of the Producer’s Guild of America New Media Council, and East Coast Co-Chair of the PGA Women’s Impact Network. Her independent feature McCarren Park launched at Tribeca Film Festival Interactive and screened at New York Film Festival: Convergence.

Lina Srivastava is a social innovation strategist, catalyzing and amplifying social impact in humanitarian causes by bringing together transmedia storytelling, culture, and design. Lina has been involved in social engagement campaigns for several documentaries, including Oscar-winning Born into Brothels, Emmy-nominated The Devil Came on Horseback, Oscar-winning Inocente, and Sundance-award winning Who Is Dayani Cristal?. A former attorney and the former Executive Director of Kids with Cameras, and the Association of Video and Filmmakers, Lina has taught design and social entrepreneurship at Parsons, The New School of Design, and is on faculty in the Masters of Fine Arts Program in Design and Social Innovation at the School of Visual Arts. As the Founder of a social impact strategy consultancy in New York City, Lina has has worked on strategic project design with a group of social impact organizations, including UNICEF, the World Bank Institute, and UNESCO.

The influential culture blog Flavorpill called filmmaker and multi-platform producer Liz Nord a "fierce, youthful visionary." Her current project, Jerusalem Unfiltered, is a transmedia documentary exploration of the culture wars in contemporary Jerusalem. She is also director of Lyka's Adventure Labs, experiential learning science and hacking workshops for elementary students based on the story of a female alien robot. Her first film, Jericho's Echo: Punk Rock In The Holy Land screened at over 100 festivals and venues worldwide. In 2009, she shot a documentary on-location in Haiti for musician Wyclef Jean's NGO, Yéle Haiti. In 2008, she ran MTV's Street Team '08­­­: a groundbreaking, Emmy Award-winning project wherein 51 state-based citizen journalists covered the 2008 presidential across all media platforms. Nord moved to Brooklyn from San Francisco, where she ran a media training organization for at-risk youth and served on the Board of Directors of Bay Area Women in Film and TV. Her professional history is in designing award-winning websites and educational multimedia projects.

Morra Aarons-Mele is the founder of Women Online and The Mission List. She helps mission driven clients from Obama for America to AARP create online campaigns that mobilize women. She is an Internet marketer who has been working with women online since 1999. She helped Hillary Clinton log on for her first Internet chat, and launched Wal-Mart’s first blog. She was founding Political Director for BlogHer.com, and has written for BlogHer as well as The Harvard Business Review Online, The Huffington Post, MomsRising, The Wall St. Journal, The New York Times, and The Guardian. She has covered events from the White House to the campaign trail to Harvard Law School in her role as a blogger on women, politics, and work. During the 2004 Presidential Election, Morra was the Director of Internet Marketing for the Democratic National Committee. After the 2004 election she founded Edelman’s digital public affairs team where she worked with Fortune 50 clients. Morra has degrees from Harvard’s Kennedy School and Brown University.