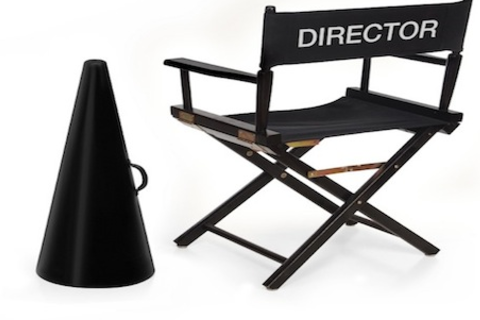 So you've made your film and you've been accepted into a Film Festival That Matters, such as SXSW. What now? This panel, moderated by Elizabeth Sheldon, SVP at Kino Lorber, will explore how best to get the attention of the Right Distributor for Your Film. Josh Braun (Submarine), Dana O'Keefe (Cinetic Rights Management), Arianna Bocco (SVP Acquisitions, IFC) and Dori Begley (SVP, Magnolia Pictures) talk about what they look for in an indie film, how they determine a film's best path to box office glory and beyond, how they partner with filmmakers, and their advice when it comes to selecting a distribution partner. Come find out what the insiders know.

As Senior Vice President of Kino Lorber, Elizabeth is responsible for documentary acquisitions and business development at one of the leading US independent film distribution companies in North America. Elizabeth’s acquisition strategy is based on a collaborate approach with documentary filmmakers to develop and execute individually tailored all rights releases that incorporate on-demand community screenings that allow filmmakers to tap into their organic fan base to generate maximum box office revenue; simultaneous with the theatrical on-demand campaign, Elizabeth incorporates a tailored educational release via Kino Lorber Edu division which she founded in 2009, reaching a vital audience that is socially engaged via colleges, universities and non-profit organizations. This is then followed by a targeted digital release to the consumer market incorporating third-party platforms from Amazon to Vimeo. Elizabeth’s release strategy is built around a hybrid model of the best of DIY distribution coupled with access to established output deals with partners such as Netflix and direct relationships across all digital platforms, followed by DVD distribution to the consumer market to retailers from Best Buy to local bookstores.
Current releases include The Anonymous People, Who Is Dayani Cristal, Afternoon of A Faun, Trials of Muhammad Ali and More Than Honey. Prior acquisitions include the Oscar nominated and Sundance winner, 5 Broken Cameras, Armadillo and El Bulli. Elizabeth oversees film acquisitions across numerous labels, including Kino Lorber and Alive Mind Cinema. While Kino Lorber is dedicated to releasing the classics of tomorrow, Alive Mind Cinema is a label dedicated to transformative films with direct access to a 15,000+ online community of members hungry for films that address topics such alternative spirituality, ranging from atheism to shamanism, personal transformation, and arts and culture. Best sellers include Crazy Wisdom and The Anonymous People. This May, Elizabeth in partnership with Gathr Films is launching a subscription theatrical on-demand series that will premier in 20 cities across America including Free the Mind, Faith Connections and Daughters of Dolma.
Prior to Elizabeth’s tenure at Kino Lorber, she was Vice President at Lorber HT Digital where she launched the Alive Mind Cinema label. The early stage of her career was built in the educational market, where she oversaw acquisitions and business development for two of the leading North America educational distributors, licensing content from CBS News Archive to forging output deals with the BBC. In addition, she is the recipient of numerous grants for film development and distribution from the Carnegie Corporation and the National Endowment for the Humanities. She has been recognized as one of the '50 Most Powerful People' in the documentary world by POV and is a frequent industry panelist and guest speaker at colleges and universities about the business of film distribution.
Elizabeth spends her spare time as a competitive master rower.

Josh Braun is an American businessperson, film producer, musician and comics publisher known for his work in the bands Circus Mort and The Del-Byzanteens, for his formation in the companies Submarine Entertainment, and New Comic Co., the latter of which is responsible for republishing the horror comics Creepy and Eerie.
In 2001 Josh, along with his brother Dan, formed Submarine Entertainment, a company that represents, produces, and develops feature films and documentaries including Winter's Bone (2010 Sundance Grand Jury Prize winner), Man On Wire (2009 Academy Award winner, Best Documentary), The Cove (2010 Academy Award winner, Best Documentary), Werner Herzog's Cave of Forgotten Dreams and Encounters at the End of the World, Joan Rivers: A Piece of Work, Winnebago Man, Spellbound, Supersize Me, and Food, Inc.. Variety listed Submarine Entertainment as one of the top film reps in the business.

Dori Begley began her career with Sony Pictures Classics in 2000 where she acted as the Manager of Acquisitions through 2006 working on an eclectic slate of titles from directors like Pedro Almodovar, David Gordon Green, Spike Lee, Terry Zwigoff, Stacy Peralta, Larry Charles and Robert Altman. After a stint as Associate Programmer for the 2007 Tribeca Film Festival, Begley joined Magnolia Pictures where she currently serves as Senior Vice President of Acquisitions in New York acquiring titles for Magnolia Pictures, Magnet Releasing, Magnolia Home Entertainment and Magnolia International. Recent films include MELANCHOLIA, JIRO DREAMS OF SUSHI, MARLEY, 2 DAYS IN NEW YORK, V/H/S, TAKE THIS WALTZ and QUEEN OF VERSAILLES.

Bocco acquires films for distribution through IFC Entertainment’s various distribution labels. IFC Entertainment distributes films via a pioneering day and date film distribution model, making independent films available to a national audience by releasing them in theaters via IFC Films and simultaneously on cable's On Demand platform. They also operate the genre label IFC Midnight, bringing the best in international genre cinema straight to the on demand platform as premieres, including the cult film The Human Centipede. In addition, IFC Entertainment operates Sundance Selects, a transactional on demand service for feature and documentary films and a brand extension of Rainbow Media-owned sister company Sundance Channel.

Bocco joined IFC Entertainment with vast experience in acquisitions, production and development, having held a variety of high-level posts throughout her career. Prior to joining the company, she served as head of the independent feature packaging division of the Gersh Agency in New York City.

Prior to the Gersh Agency, Bocco worked at Miramax Films as senior vice president of acquisitions. While at Miramax, she was involved in acquiring such notable films such as Garden State and The Station Agent. Before joining Miramax, Bocco was vice president of acquisitions and co-productions at New Line Cinema and Fine Line Features. She held various roles in acquisitions there during her six year tenure. Earlier in her career, Bocco worked at The Steve Tisch Company.

Bocco earned her Bachelor of Arts degree from Sarah Lawrence College. She was named to Crain’s 40 Under 40 class of 2009 rising stars and to Moves’ Top 20 Power Women of 2010.