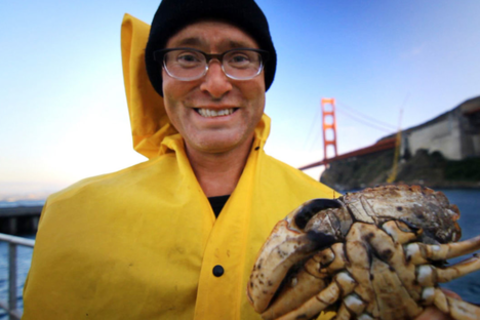 What does unbranded content about blind coffee roasters, feral pigs, and electric bikes have to do with selling groceries? The team at Dark Rye, Whole Foods Market’s online magazine, thinks there’s a connection. Dark Rye launched in 2012 at SXSW with the intention of creating unbranded films that celebrate the makers and doers of our time: urban farmers, whisky distillers, locavore chefs, and more. Why? Because they believe people actually want this type of content. The team will offer a transparent look at the risks and rewards of content that doesn’t directly peddle product, how to get films distributed, the challenges of low budgets, unpaid talent, small crews, and camera-shy subjects (feral pigs!). Branded content has its merits, but if you’re creating it just to get your brand seen, spend the money elsewhere. If you have a compelling mission, cause, or message, however, people might not only watch, but actually feel, and even do something as a result.

Caitlin Riley is a writer/producer at DarkRye.com, an online magazine from Whole Foods Market. Prior to moving to Austin, she lived in New York where she worked at HBO producing, directing, and editing promos for Girls, Curb Your Enthusiasm, Bored to Death, Funny or Die Presents, and Generation Kill. She started her career as a literary scout for Warner Bros. Pictures.

Ira Chute is an award-winning Video Producer and Director for Whole Foods Market and Dark Rye. With over ten years of experience in the industry, Ira has worked in television, documentary, feature film, corporate and commercial production.

Jacob Ellenberg is an Executive Producer at Dark Rye, and has 15 years experience in founding and working with start-ups in the fields of online marketing, storytelling, and data-mining. He has been a organizational behavior consultant, a public speaker, and sat on not-for-profit boards.