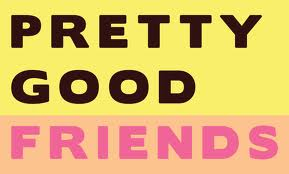 An evening of innovative standup comedy and polished chaos that sometimes includes short films or music, and the occasional pig roast.  The show started as a weekly event in 2006 and has evolved into larger-scale productions in Brooklyn and beyond.  Pretty Good Friends has appeared at SF Sketchfest, Just For Laughs, and had it's own 10-night run at the Soho Theater in London, as well as it's own tour in the U.S.

TJ Miller was named one of Variety’s Top 10 Comics to Watch. He has appeared on The Late Show with David Letterman, Chelsea Lately, Last Call with Carson Daly, and Conan. Miller reps Denver, Colorado, and toured with Second City for almost two years. Miller’s film credits include She's Out of my League, Gulliver's Travels, Get Him to the Greek, Unstoppable, Yogi Bear, How to Train Your Dragon, Extract, and Cloverfield; he’s currently starring in HBO series Silicon Valley.