SXSW Film Startup Alley: Run Your Film Like A Startup 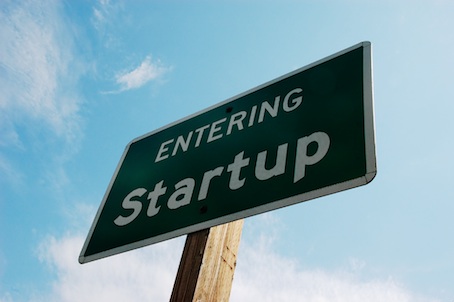 Over the past decade, the startup community has joined together to help create roadmaps for creative ideas to be financially and socially rewarding for everyone involved.

What has emerged is an empowered generation of entrepreneurs.

Meanwhile, changes in the world of independent film have left the industry on the opposite end of the spectrum. Disorientation in distribution, marketing and monetization strategies is forcing creatives to take on the roles typically associated with startups.

How are filmmaker entrepreneurs navigating these uncharted waters and what are the tools necessary to keep the boat afloat? Are art and commerce becoming best friends or mortal enemies?

Matt Hooper is the Founder and Managing Director of Spinning Bear Productions, where he creates and finances products that bridge the gap between software and media. Launched in 2013, Spinning Bear's first interactive feature film, "Great American", is due out later this year.

Previously, Hooper was the co-founder and CEO of Redrawn Labs and Entrepreneur in Residence at Casual Corp.

Mynette Louie is the president of Gamechanger Films, which finances features directed by women. She is the winner of the 2013 Independent Spirit Awards’ Piaget Producers Award. Her producing credits include LAND HO! (Sundance 2014, Sony Pictures Classics), COLD COMES THE NIGHT (Sony/Goldwyn 2014), CALIFORNIA SOLO (Sundance 2012), STONES IN THE SUN (Tribeca 2012), ARCADIA (Berlin 2012), CHILDREN OF INVENTION (Sundance 2009), and MUTUAL APPRECIATION (SXSW 2005). Louie serves on advisory committees for the Sundance Institute, IFP, and A3 Foundation, and was named one of Ted Hope’s "21 Brave Thinkers of Truly Free Film” and Indiewire’s “100 Filmmakers to Follow on Twitter.” She previously worked at the Hawaii Film Office, where she authored the state's production tax credit, and at SportsIllustrated.com, Jupiter Research, and Time Magazine. Louie graduated from Harvard, where she studied Chinese literature and film.

Ryan Delk leads Growth at Gumroad, where he spends his time working to build Gumroad into the best way for creators of all sizes to sell their work directly to their audience. Since launching two years ago, Gumroad has helped thousands of creators earn millions of dollars selling their films, books, music, software (and more!) without any middlemen. Before Gumroad, Ryan spent time at Square, the Savannah Fund, and the University of Florida.

Ryan Koo is a co-founder of the new media production company EXIT STRATEGY with Zack Lieberman. Koo and Lieberman were named two of Filmmaker Magazine’s 25 New Faces of Film for their “urban western” web series THE WEST SIDE, which won the Webby Award for Best Drama Series.

Koo was selected as a Sundance Screenwriters Lab fellow for his forthcoming feature MANCHILD. His prequel to MANCHILD, the award winning short AMATEUR, can be can be viewed free online at manchildfilm.com. MANCHILD has been selected for the A3 Foundation Sundance Fellowship, the Tribeca Film Institute All Access grant, the Film Society of Lincoln Center’s Emerging Visions program, and IFP’s Emerging Narrative and No Borders programs.

Koo is also the founder of the website No Film School, which won Total Film’s Best Creative Blog award.