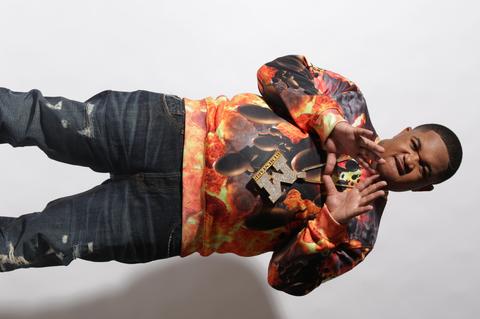 DJ Mustard Bio
When it comes to music, the West Coast has long been about innovation. Enter DJ Mustard, the Los Angeles-born producer behind the “ratchet” sound coined by the region. In just three years, Mustard has constructed a registry of hits for the likes of Tyga ("Rack City"), 2 Chainz ("I'm Different"), Young Jeezy ("R.I.P."), Kid Ink ("Show Me"), Y.G. ("My Nigga"), and nabbed recent collaborations with Jennifer Lopez, Rihanna, T-Pain, Trey Songz, and more.
The 23-year-old, born Dijon McFarlane, started his career in music at just 11 years old, when his uncle (a former DJ) let him spin for a family party. It didn't take long for the rookie beat specialist to get hooked. "I kind of always had an ear for club music," says Mustard. "Once I got that, I understood what it was to make beats. I knew what to do to make people dance."
Driven by a natural-born talent, Mustard continued practicing, landing DJing gigs at different clubs around L.A. He linked with childhood friend, and then aspiring rapper, Y.G., and from there the ratchet sound was born. Working with Y.G. helped Mustard build a sonic rep that attracted Tyga, resulting in the Young Money rapper's double-platinum club banger.
In the years since "Rack City" catapulted him to sought-after status, Mustard’s skill set has taken him into a new direction in catching J-Lo's ear. The two joined forces for Lopez's forthcoming eighth studio album, which will showcase a different sound from the beat architect. "It's nothing typical that you think you're going to hear," he promises.
While Mustard continues to etch out a creative path outfitted in both uniqueness and elevation, he maintains a straightforward approach. "I keep it real simple and get straight to the point. Staying in my lane and paying attention to the sonics of the beat. What I love about being a producer is going to the club and hearing everybody go crazy over [what] you made, just to see people have a good time."
Achieving so much at a young age only adds to Mustard’s determination. He's earned recognition from respected music publications including XXL, Vibe, The Fader, and Complex magazine, dropped his Ketchup mixtape in 2013, and has no plans of slowing down.
It is that very same resolve that landed him with Roc Nation, an opportunity that the young producer can't help but be humbled by. "Being signed to Roc Nation is a blessing," he says. "I'm just thankful to be on the roster."