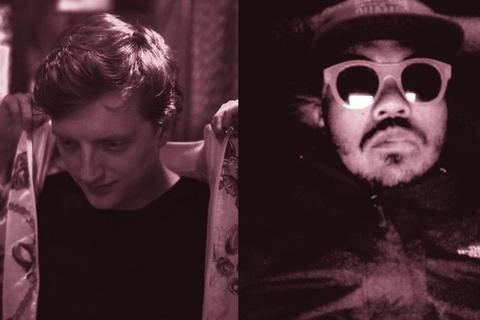 Djemba Djemba is music born from a state of permanent contradiction, held together by one underlying and adaptive principle: rhythm. Experimenting with polyrhythms, 90’s FM synths, and the all-important 808 Kick, Djemba Djemba crafts a sound that is both intelligent as it is brain numbing.
It’s easy to detect the influence of UK Bass music currently dominating clubs, yet at the same time feel altogether new, and in stride with the response taking place in New York, Chicago, Boston, and his home in Los Angeles.
With releases on Mad Decent, his own imprint Rabbit Records, and Beat Team Supreme, Djemba’s music has been supported by the likes of Diplo, The Gaslamp Killer, Rusko, Baauer, Obey City, Major Lazer, Paul Devro, and BBC Radio 1. With exciting collaborations in the works with some of the biggest names in EDM, and his finger on the pulse of the latest dance music via his co-club night The Melt, Djemba Djemba certainly has a few surprises on the horizon.

Mr. Carmack aka Aaron Carmack is a Hawaii-based producer blurring the distinction between Hip Hop and Dance Music in a progressive way that has even the most seasoned producers scratching their heads. His current rise to fame started with the self-released Bang, Vol 3 followed by the Life/Death EP, which both achieved the #1 best selling album on Bandcamp consecutively. In April 2013, he released “Birth Control” and “Hopscotch,” an eclectic mix of hand claps, squeaky beats, and Neptunesque synths, on our Jeffree’s imprint. Supported by the likes of RL Grime, GTA, Plastician, Djemba Djemba, S Type, Elair Fifi as well as appearances on BBC Radio 1, Mr. Carmack’s global domination has only just begun.