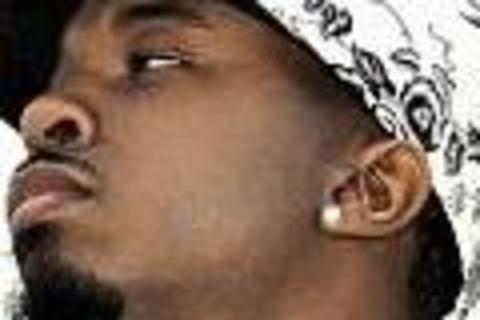 Listen to Built This

A multi- tasker and innovative artist, ClarkAirlines began his career as a fledgling rapper at the age of fifteen years old. After watching Eminem’s, 8 Mile, he gained the confidence to melodically tell his life story, and become the brain power behind the movement that is TCUIMG (The Come Up International Music Group). Born Jarvis Clark, he was raised in the middle- class, south suburb, Matteson, Illinois- where his family moved, when he was eleven years old. The oldest of three children, his father introduced him to the diverse sounds of Janet Jackson, Jamiroquai, Lenny Kravitz, and occasionally sneaking in some of hip hop’s greatest- Tupac, Eminem and Kanye West. ClarkAirlines’ diverse music selection is also reflective of his interests as an adolescent. On a regular day, one could either catch him practicing the saxophone, tumbling with classmates, or in the neighborhood playing basketball. During his high school years, ClarkAirlines made a name for himself on the court, but dreams of becoming a professional basketball player, were soon overpowered by a stronger desire to become a recording artist.

In 2007, Da Dot (ClarkAirlines’ initial artist name) was born. Alongside his father, ClarkAirlines began building his own studio in the basement that used to be his bedroom (later finished with his grandfather, after his father’s passing). While laying the foundation for his music empire, Clark Airlines also acquired hands-on audio experience in Pro Tools, while he studied media arts and animation at the Art Institute of Chicago- knowledge that would become the tools for which ClarkAirlines would use to direct videos for himself and peers.

Releasing freestyles over Jay-Z and Lil Wayne tracks, ClarkAirlines begin to brand his own sound. Believing in the power of blended sound, he formed The Come Up (2008), with long-time friends, Dale “Da Kid” Thomas and Chigozie “Goozy G” Uzoma. Together the trio debuted its mixtape, First Class Flight, a harmony of hip-hop, R&B, rock, and reggae. Focused on reaching a higher musical altitude, ClarkAirlines dropped his original moniker, Da Dot, and became Airlines (2009). Sky- rocketing into the cyberworld, ClarkAirlines and TCU gained notariety for its three part “Chi- Cypher”, linking some of Chicago’s hottest artists. Not stopping there, the group traveled across the United States performing at Howard University’s Yardfest (Washington, D.C.) to Canada for the Windsor Sports Weekend.

Adding his family surname (Clark) to the Airlines handle, ClarkAirlines readied himself for a solo flight. Still holding down the TCUIMG imprint, he debuted “Between the Lines” (March 25, 2012), an introductory compilation, showcasing his many capabilities in and outside of the studio. Not holding back, ClarkAirlines showed the world that he does it all from rapping to filming and editing his own videos. Making a bold statement with his latest, self- produced video for the single, Rebel Canon- ClarkAirlines shocked the blogs by jumping off the roof of a three- story home and proceeding with his conversational flow. Andrew Barber and the staff at FakeShoreDrive.com were so taken by his debut project they listed “Between the Lines” as one of the top mixtapes in Chicago (July 4, 2012). Since the release of “Between the Lines” he has released two projects entitled “AirPlay” (July 2012) and “Skyfall” (October 2013).

With more than 150K recent Youtube views on the self- directed video, Rebel Canon, validation from FakeShoreDrive.com, Fader, HipHopWired.com, a host of other blogs, Skull Candy could not wait to offer ClarkAirlines endorsement opportunities. After seeing the self-directed short film/promotional trailer for “Skyfall” , numerous and major record labels have been in constant contact yet again. This buzz from several major record labels has allowed the industry to clear the runway for ClarkAirlines takeoff.