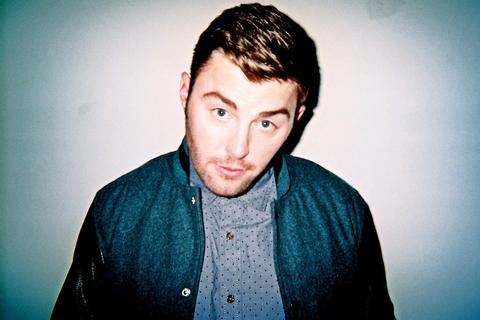 After the success of his first stand-out single ‘Fifteen’ which found itself with over 300,000 plays on Soundcloud, the top spot on the Hype Machine charts, features on Pitchfork, Spinner, MTV, and spins on BBC Radio 1, few can say that they had a debut year quite like Goldroom had in 2013. Add to that, tours across Asia, Europe, South America, Central America, Australia, and of course around the USA and Canada, has meant the good word of Goldroom is spreading hard and fast.

The follow up original single, ‘Sweetness Alive’ featuring the luscious vocals of SLL (formerly Saint Lou Lou), set the stage for the recent debut of Goldroom’s live band performance at SXSW Festival in Austin, Texas in March. His astounding remixes of buzz-worthy acts such as Niki & The Dove, Atlas Genius, Alpine, Poolside, and Gigamesh, has given Goldroom even more of a household name as an established remixer, DJ and composer in his own right. Most notably, his remix for Niki & The Dove has been streamed more than 10 million times on YouTube and has been supported by the likes of The Magician, Aeroplane, Alex Metric and more.
All of this placed Goldroom in great standing for this year’s sophomore EP, ‘Embrace’. Released worldwide in September, the first week of its release saw the title track reach record heights for Goldroom, with over half a million streams across Soundcloud and You Tube, and premiere features on Pitchfork, MTV and Spotify. It immediately shot to #3 on Hype Machine and #1 on Twitter Emerging Charts. Now, with over 2 million (and growing) plays of the EP on Soundcloud, and hitting #2 most played on Australian national radio station, triple j, Goldroom is seeing the year off with a bang. Combining these numbers with a massive 30 date North American tour, sell-out hometown show at The Troubadour in LA, and DJ sets across London and Europe, there is reason to be on the lookout for even more from one of this year’s biggest success stories, both on the road and in the studio.
With a full-length album in the works, you can rest assured that this remarkable tale will find you on a steady hunt for the dance floor