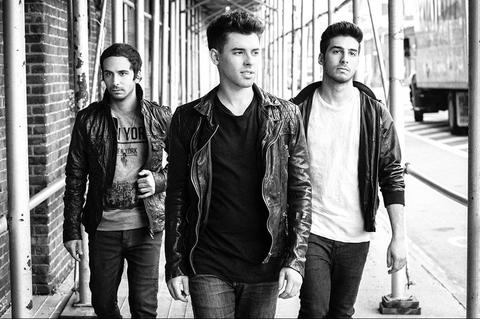 “Take Me Home” which debuted with a top #25 on the Billboard’s Dance/Electronic charts and currently holds the #1 placement on FMQB’s Dance Radio charts, with a promising start to airplay on Top 40 radio across the country. Cash Cash drop their “Overtime” EP on October 29th to all digital retailers—featuring a bevy of captivating vocals (Bebe Rexha, Kerli, Ella Eyre) and signature banging electro-house beats. From the studio to the dance floor, expect to hear more praise for this crowd-pleasing act from EDM to pop music fans alike.

“Take Me Home’ instills the use of powerful melodic vocals by Bebe Rexha and a mounting synth that builds to an anthemic drop.” – elektro Magazine

“…packing enough electro house “oomph” to get a push in the major EDM spots… you should expect to hear more tunes like this. Don’t be afraid of a little pop in your lives.”
– Complex’s Do Androids Dance