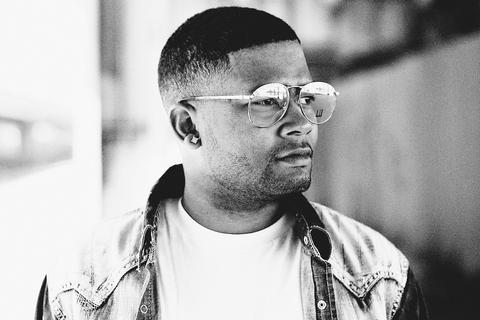 Hailing from Atlanta, the South’s renowned music capital, Tez has established himself as a multitalented artist with a natural, charismatic stage presence. The rapper’s first taste of recognition came from his single, “I’m Fly”. The song garnered regional attention, leading to appearances on a variety of mixtapes and consistent club plays. “I’m Fly” eventually won the Hot 107.9 Battleground contest so many consecutive times that it officially retired with the title of Battleground Champion, with Tez achieving the same title again in 2009 for “Booty Call.” Tez went on to have two appearances on MTV’s Sucker Free Sunday’s, and ultimately won the Mountain Dew Sucker Free Challenge – all while attending college full-time.

After graduating, Tez released his first mixtape in 2010, "Wishful Thinking Vol. 1", alongside fellow CAU alumnus, DJ Don Cannon. Getting rave reviews and write ups, Wishful Thinking Vol. 1 was featured on several blogs and websites such as XXLMag. com, HipHopdx.com, AllHipHop.com, and SlamOnline.com, among others. Unconstrained, the Atlanta-native performed on stages across the nation during the Back to the Future Tour opening for Opio (of legendary group Souls of Mischief) and Bay Area artist Mistah F.A.B.

Tez released "Wishful Thinking Vol. 2: Respect My Grind" (RMG) in January of 2012. He held and hosted a release for the project in New York City's Quad Studio. A "who's who" lineup of music journalists, bloggers, and artists attended such as Datwon Thomas, Jason Rodriguez, Jamal York, Bonsu Thompson, Los, and the late Chris Lighty. Tez released of his latest EP entitled “Scoundrel” EP in February of 2013 with “Right Now” featuring Bay Area artist Erk Tha Jerk as the first single. The video “Right Now” was premiered on MTV2 and along with another single "Flick'n" it has been making its rounds on the radio. Since the release of "Scoundrel" Tez has toured with fellow Atlanta emcee Killer Mike, had an in studio session with the legendary rapper Scarface, featured on 106 & Park, and XXL declared him one of the top 15 artist out of Atlanta to look out for.