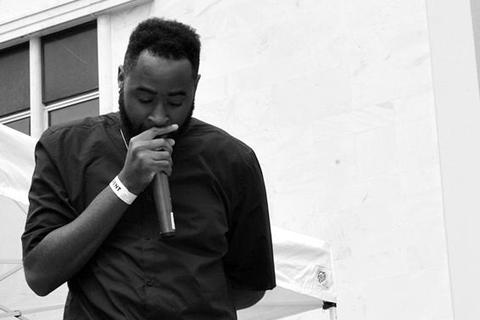 Dismissing the fine-tuned, yet ever evolving artistry of ForteBowie to simply classify him as “just another rapper” from the south side of Atlanta would be flagrantly inaccurate and naïve at the very least. Honing in his skills as a singer, songwriter, rapper, and producer, the self-taught artist of Cameroonian descent continues to create a seamless sound that transcends genre divisions and inspires genuine lovers of music. His eclectic sound results from musical influences such as Phil Collins, Michael Jackson, Prince, Sting, OutKast, and Sade, among others. Forte’s wide array of inspirations merge to create a style that is uniquely his own.

In early 2011, ForteBowie premiered his music to the public with the release of his first project, UberEargasms: Life + Times of David Ruffin, Jr. Later that year, he captured the attention of music fans all over with his second project, Something About #Bowie. Following the great success of that mixtape, the Atlanta artist stepped onto the national platform with features in The FADER, XXL, Complex, and more. Not only did he garner praise from the media, but ForteBowie’s sound quickly earned him new found fans in his hometown of Atlanta, along with a growing number of supporters in Nashville, New York City, Los Angeles, and abroad.

Using the momentum from Something About #Bowie as the catalyst that aided his progression, ForteBowie brought his music to the stage. In December of 2011, Forte opened up for Waka Flocka and Machine Gun Kelly, and in 2012, he performed for audiences in Atlanta during the A3C Hip Hop festival and at CMJ in NYC. In 2013, Forte graced the stage in Austin, TX at SXSW in addition to embarking on an 11 city tour with fellow Southside Atlanta native, Trinidad Jame$.

Continually setting the bar higher for himself, Forte released Vice Haus in February of 2013. Blending together the progressive, urban, and alternative styles that create ForteBowie’s signature sound, the Vice Haus EP is a cohesive representation of his development as a musician and dedication to his craft. Following the success of Vice Haus, Forte followed up with the release of Vice Haus Deluxe—a 14-song project exclusively streamed in advance on SPIN.com with features from Katie Got Bandz and Miloh Smith.

Not only has his fan-base grown at home, but when the last quarter of 2013 hit, Forte brought his energetic performance to London where he and FTSE performed their collaboration, “St. Tropez.” His trip to the UK wasn’t only his first time bringing the ForteBowie experience to fans overseas with a live show and radio exposure on BBC Radio, but he also premiered his DJ skills in London—which he then brought back to the US at A3C. Upon his return to the states, major media outlets continue to rave about the artist—Complex.com named ForteBowie one of the top 25 producers to watch.

With the ambition to reach the world with his music, it should be no surprise that ForteBowie diligently focuses on creating a body of work that will be loved and shared with global audiences for generations to come.

It’s Southside Atlanta like you’ve never heard it before.