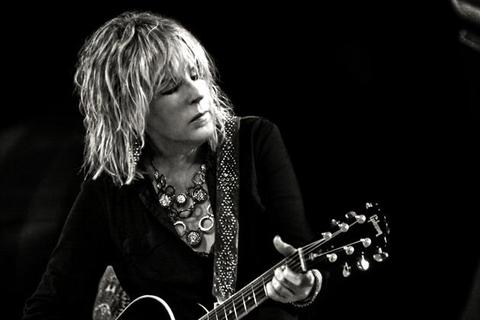 For the past 30 years, Lucinda Williams has channeled her perspective as a proud but vulnerable Southern female into a string of stellar albums, each of which weave rock, country, folk and blues so tightly that each of the elements seems to disappear. Lucinda Williams (1988) was her breakthrough disc, but her magnum opus, 1998's Car Wheels on a Gravel Road, sealed the her reputation as a formidable singer-songwriter. Ruminating on disappointments, fretting over lost friends, and celebrating the subtlest of life's joys, it was an obvious masterpiece that resounds with immediacy.

The daughter of a poet father (Miller Williams) who was both college professor and Hank Williams zealot, Williams grew up listening to classic country. She was born in Louisiana, but her family relocated several times during her childhood to spots across the South, as well as Mexico City and Santiago, Chile. At 16 she discovered the writing of Southern novelist Flannery O'Connor, whom she cites as a major influence on her songwriting. Williams attended college for a short time but dropped out in 1971 to devote herself to music.

Williams signed to the Folkways label in 1978 and released her first two albums without fanfare. Between 1980 and 1988 she worked a series of odd jobs, moving in mid-decade from Austin, Texas, to L.A., where she took voice lessons to learn how to sound like Joan Baez, and married and divorced Greg Sowders of the Long Ryders. Much of the biting material on her self-titled album for the Rough Trade label dealt with her marriage. The poignancy and catchiness of Lucinda Williams marked a key turning point in Williams' career.

Rough Trade collapsed in 1991, and Chameleon released her 1992 album Sweet Old World. Relocating to Austin, then Nashville, Williams kept busy into the Nineties. In 1993 she contributed a track to Sweet Relief, the benefit album for singer Victoria Williams (no relation), who suffers from multiple sclerosis, and lent her signature vocals to "Reunion" on Jimmie Dale Gilmore's Spinning Around the Sun. Williams' songs have also been covered by others: Patty Loveless scored a Top Ten country hit with "The Night's Too Long," Mary-Chapin Carpenter recorded a Grammy-winning version of her "Passionate Kisses," and Tom Petty's recording of Williams' "Change the Locks" appears on the soundtrack to the 1996 movie She's the One.

In 1994, after Chameleon folded, Williams briefly joined Rick Rubin's roster at American Recordings. That deal fell through, and although she was constantly working on new material in and out of the studio, it would be another four years before an album would materialize. Meanwhile, there was considerable discussion in the press about the extent to which Williams' perfectionist tendencies might be hindering the record's progress.

The luminous Car Wheels on a Gravel Road (Number 65, 1998), proved a triumph worth waiting for. Boasting contributions from Emmylou Harris, Steve Earle, and the E Street Band's Roy Bittan, it won Williams widespread critical acclaim, including top honors in the Village Voice's annual critics poll. Car Wheels also earned the singer a Grammy for Best Contemporary Folk Album and became the first commercially successful record of her career, going gold within a year of its release. Williams toured extensively after the album came out, both as a headliner and as an opening act for Bob Dylan and Van Morrison. Several years later, a "deluxe" version of the disc was released with live performances of the studio material. Car Wheels had earned itself a designation as a key record of the 1990s.

Williams delivered her next album, Essence, in 2001, after a relatively scant wait of just three years. An introspective collection, it often found Williams taking a simpler, more minimalistic lyrical approach and was greeted with rapturous reviews in most quarters. The track "Get Right with God" won Williams her third Grammy, this time for Best Female Rock Vocal, which further consolidated her credibility as a singer, not just a songwriter. Paring down the time between album releases even further, Williams returned in 2003 with World Without Tears, which became her highest-charting effort to date when it debuted in the Top 20. Two live recordings were released in 2005, one (Live @ the Fillmore) for Lost Highway and the other (Live from Austin, TX) for New West. West arrived in 2007, followed by Little Honey in 2008. Williams returned to the studio in 2010 with producer Don Was at the helm with help from Eric Liljestrand and husband/manager Tom Overby (the latter two co-produced Little Honey), with some of the same guests from the previous offering including Matthew Sweet and Elvis Costello, who sings and plays on almost half the record. Entitled Blessed, the album was released in early 2011 in two editions, a standard CD and as a limited deluxe version with a bonus disc which included the working demos for the songs on Blessed, recorded in Williams' kitchen. In early 2014, Williams reissued her 1988 self-titled album with bonus material via her new imprint label distributed thru 30 Tigers.